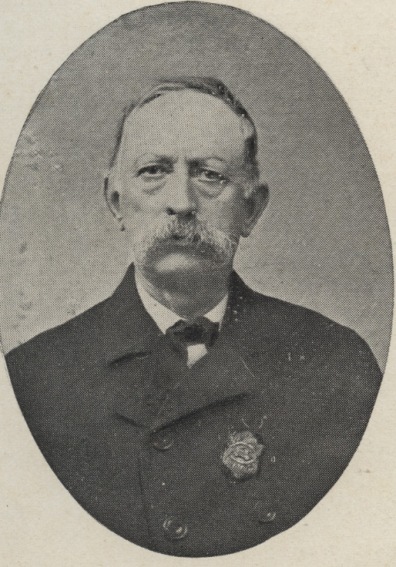 Charles J. Ackert was born in Hyde Park of Dutchess County on May 1, 1830 to parents Samuel and Sarah Ackert. Samuel worked as a mason. During Ackert’s childhood, he worked on neighboring farms during the summer months and attended the district school in the winter session. At age 14, Ackert went to Poughkeepsie to learn the printing trade. For 5 years he worked as an apprentice to a printer, performing the tasks of a “printing devil” for the Poughkeepsie Eagle, published by Platt and Schram. A “devil’s” work was that if performing the various prep tasks of the printing process, such as mixing tubs of ink and fetching type for the more skilled printers.

Following his apprenticeship, Ackert married Eliza Silvernail of Poughkeepsie in 1851. The following ten years for the couple were spent moving to different towns in Ulster and Dutchess County as Charles found employment with various newspapers in the area. After marrying Eliza, the couple moved first to Peekskill where Charles became foreman of the Highland Democrat. The following year, he left that position and found employment as a pressman in the office of the Daily Press in Poughkeepsie. Another two years later, in 1854, Ackert and his wife moved to Amenin in Dutchess County where he was in charge of the mechanical department of the Amenia Times for two years. In 1856, Ackert began his own weekly paper, The American Banner, which he founded with the special mission to advocate the election of Fillmore and Donaldson. One year later, he moved this paper to Fiskill and changed the name to the Dutchess County Times. By 1858, he killed this paper venture and moved his family to Rhinebeck where he worked at the local printing business until 1859. He then purchased the Rhinebeck paper American Citizen and moved to Pine Plains. He changed the name of the paper and published it under the name Pine Plains Herald. He sold out of this venture within a year. In July of 1860 he made the move to New Paltz and began the New Paltz Times. In order to finance this venture, Ackert was able to raise $150 dollars from 150 subscribers. In the first editorial of the paper on July 6, 1860, Ackert “promised to publish a ‘family journal’ that would ‘be devoted to the best interests of all classes, ages and sexes’ and would be especially helpful to all farmers”.

The next phase of Charles Ackert’s career began on August 9, 1862 when he enlisted with the 156th Regiment of New York Volunteer’s Company A as a private. Throughout the course of his enlistment, he was promoted multiple times throughout the ranks from 5th sergeant to 2nd lieutenant. Following training in New York, the 156th was deployed for service in Louisiana, traveling by ship on the M. Sanford. The ship ran aground on the Carrysport Reef and the soldiers were all forced to evacuate. No lives were lost, and the regiment made it to Louisiana where they began their active duty. During the time spent in Louisiana, the regiment to part in a few major battles. The Battle of Fort Bisland on April 13, 1863, the long siege of Port Hudson and two assaults of Brashear City. Company A’s duty for the rest of the war following these major battles was picket and patrol duty. Following the fall of Port Hudson, Ackert was appointed headquarters’ printer in General Banks’ department and assisted in printing parole papers of the prisoners captured there and at Vicksburg, due to his skill and experience as a printer. 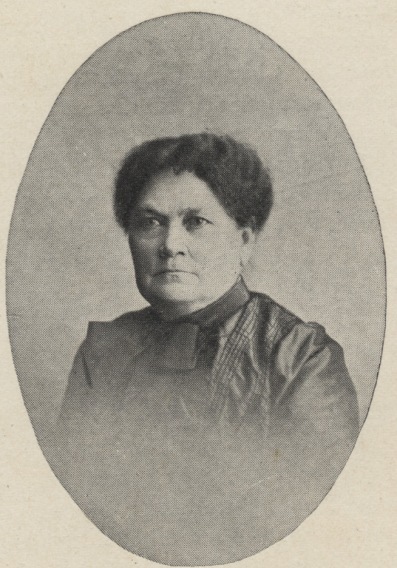 What made Charles Ackert unique during his enlistment period was his status as one of the earliest embedded reporters, a soldier-reporter. While many other northern newspapermen were sent to report on the events and news of the war, Charles Ackert was a soldier enlisted and fighting for the Union army, simultaneously writing and sending his accounts of the war north. He acted as an important field correspondent for many journals. During the absence of her husband, Eliza Ackert was in charge of the running and printing of the newspaper. Charles would write accounts of the regiment’s movements, casualties, food supply, daily events, the landscape and critiques of the government, which would be then printed by Eliza.

Ackert was not an abolitionist at first. He believed in the war as a necessary evil to preserve the Union, and blamed radical southerners and fanatical abolitionists for the outbreak of the war. Following his enlistment and active duty in the south, his exposure to plantations and slave trading centers, and his contact with freed slaves and black soldiers, Ackert began to realize the greater impact of the war and change his previous thoughts on abolition. Ackert wrote freely of the slave markets he came across in Louisiana, the posters, and the plantations. He also wrote of the bravery he saw in the black regiments fighting. His experiences led him to provide assistance to Jacob Wynkoop in securing his Civil War Pension after the war. Wynkoop was a black soldier who fought at the battle of Port Hudson, and was also the first black home owner in New Paltz.

As an embedded soldier-reporter, Ackert was able to provide the best accounts for his friends, family, and town members back home about the war. He wrote most about the health of the regiment, giving everyone back home the chance to hear news of loved ones. Disease was the most deadly aspect of the war, and Ackert wrote often of the ever present terror among the regiment of death from typhoid, yellow fever, malaria and other diseases. He wrote detailed reports of the hospitals and the wounded. Ackert wrote freely and openly about the brutalities faced by the soldiers, stripping away the last romantic ideas anyone could have had about the war. He was open and honest about his fear of dying in battle. For those back home who had never left the Hudson Valley, Ackert worked to write an accurate description of Louisiana, and show the similarities and differences in the geography and the people. Ackert also chose to voice the concerns and critiques of the soldiers against the government, such as the lack of pay for multiple months in a row. Ackert’s personal accounts as a soldier and reporter, instead of a bystander, made the war and fighting even more real for those back home who were sheltered from the brutalities for the most part.

Ackert was a highly respected man in his regiment, and was selected along with Lieutenants Peter Elting and Mathia Ewen, to take part in a special recruiting assignment in New York City from September to November of 1863. Following this recruitment assignment, Ackert was honorably discharged from his position and returned home to New Paltz, where he resumed charge of his paper.

The New Paltz Times, originally started as an Independent paper, eventually became Democratic in sentiment. It became a well established journal in the area, as Ackert himself was a well respected man. Ackert was elected Town Clerk of New Paltz in 1873, 1874, 1875, 1876, and 1879. The New Paltz Times was challenged as the leading newspaper when Ralph LeFevre established a second town newspaper, the New Paltz Independent, which was Republican in views and challenged Ackert’s paper for readership and advertising.