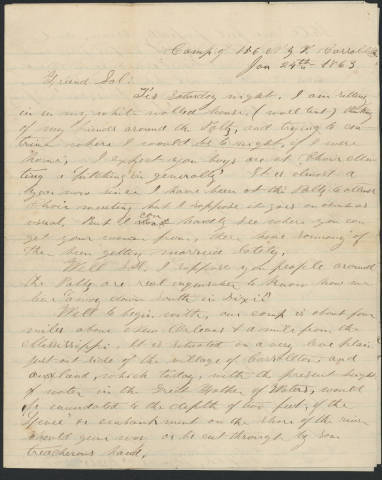 Each part of the country was impacted in some way by the horrors of war ravaging the nation. No county or town, no matter how small, could escape news of the fighting and deaths. In Ulster County, the newspapers were the primary sources of war news, as they published letters, death and wounded tolls, editorial comments from soldiers and civilians, national news, and local town pieces.

Like most parts of the country, Ulster County enlistment of able bodied men between 18 and 35 was high, with men meeting the requirements and eligible for enlistment and the draft being sent south to fight. With a few exceptions, Ulster County and the towns it included, such as New Paltz, Stone Ridge and Kingston, were left primarily full of women, children, and men either too old or ill-fit for war. While the men did the fighting, it was up to those left at home to keep daily life moving forward as usual. Women and children had to take up the tasks normally dealt with by the men in their family. Without husbands, fathers, brothers, and sons back home, those left were to take up and fill those vacated roles.

When news began to pour in through newspaper outlets and letters home discussing the struggles of the war front, it also fell to those at home to provide for their men. Care packages from home were common enough from the onset of the war. Believed to only be a short skirmish of a few months, until the nation could be reunited, care packages from home were sent with cheer intended, full of jellied preserves, home baked food, hand knitted socks and scarves, among many other homely comforts and necessities. As the year wore on, and the hope of a quick and decisive victory began to fade in everyone’s mind, packages from home became less concerned with comfort and centered on survival.

Now, not only were women tasked with running their households, they were also willing to undertake the organization and running of relief groups with the purpose of providing funds, food, and medical necessities to their troops.