On the 23rd of August 1862, Colonel Erastus Cooke, a forty-four year old lawyer from Kingston, New York, received permission from New York State to recruit a regiment for the United States Army. Cooke was able to compile seven companies including soldiers from the New Paltz Volunteers as well as other men from the counties of Ulster and Greene. In order to reach the needed ten companies for his regiment, Cooke had to combine his with three other companies from Staten Island. The 156th New York State Volunteers were officially mustered into service on November 17th, 1862 in New York City.

Things did not begin so well for the newly formed regiment. On their way to their first assignment in Louisiana in early December of 1862, the regiment's steamship, the M. Sanford, holding around 800 men hit a reef while turning around the peninsula of Florida. The soldiers were shipwrecked and had to evacuate as the boat had run aground. Thankfully, two Union ships were nearby and rescued all the men without anyone losing their life. Peter Lefevre wrote on December 11th 1862:

We are all safely off the M. Sanford. I am with the greater part of the regiment on board the U.S. Bark of War “Gemsbok.” Johan is aboard the U.S. Steam transport Black Stone which has the bark in tow.  We are all safe, and for all I can see contented and happy. Not a man has even been bruised. Providence has surrounded us with success of favorable circumstances.

Twelve days later, the men would board a new ship to continue their journey to New Orleans. While giving boarding orders from a ladder, Colonel Cooke accidentally fell off onto the deck below. He suffered a broken shoulder and had to return back home to get medical attention.  Lieutenant Colonel Jacob Sharpe took over command. 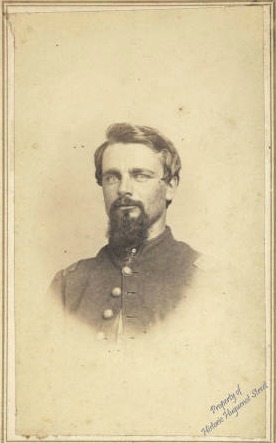 After their arrival in New Orleans, the 156th nicknamed “the Mountain Legion” spent the next few months drilling and training.  The 156th was part of 30,000 men in the nineteenth corp. under the command of General P. Banks sent to reinforce the Union Army in Louisiana.  Colonel Cooke later returned in February of 1863 but resigned in March.  Most of the soldiers preferred Sharpe over Cooke.  The 156th saw its first action on April 12, 1863.  On their way to Pattersonville, Louisiana, General Banks attacked Confederates at Fort Bisland.  Although a Union victory, the 156th lost four men and eighteen were wounded.

The next major battle the Mountain Legion engaged in was the siege and battle of Port Hudson.  General Banks was ordered to attack the Confederate fort around the same time General Grant was attacking Vicksburg about 130 miles north of Port Hudson.  The 156th was ordered to guard a railcar holding ammunition and missed the first failed assault on the Confederate defenses on May 27, 1863. A siege was put in place and another assault was not attempted until June 14th. This time the 156th were assigned to the front lines. This assault also failed as the Confederate artillery was too strong and the “Mountain Legion” was ordered to retreat.  Six soldiers were killed and approximately thirty were wounded in the 156th. Although planned, no other assaults were needed. On July 9th, Port Hudson surrendered following the news that Confederates were defeated in Vicksburg. Captain Peter LeFevre wrote home the same day, “Vicksburg and Port Hudson both ours. Is it not glorious! We can begin to see our way through now. God grant that Lee may also get himself so far advanced that he cannot get back again without great loss!”

The 156th suffered their highest casualties of the war at the Battle of Opequon, also known as the Third Battle of Winchester. On the 19th of September 1864, Philip Sheridan moved his Union Army to attack the Confederates under Jubal Early near Opequon Creek in Winchester, Virginia. After fierce fighting following a Confederate charge, 20 men from the 156th died, 9 later succumbed to their injuries, and 82 were wounded, totaling 111 casualties. Subsequent to the strong Confederate, the entire brigade retreated in mass confusion as their commander Col. Sharpe was wounded and removed from the field. The troops were eventually rallied and participated in a successful counterattack which forced Early to retreat to the south during the night. 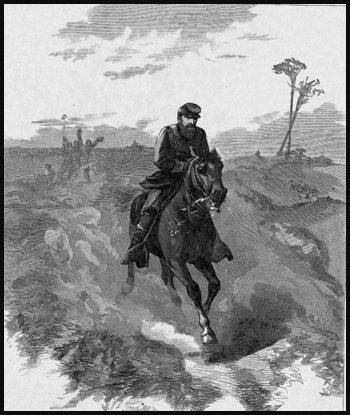 The last major battle the 156th fought in would also be very costly for the regiment. The Battle of Cedar Creek began on the morning of October 18th, 1864 when Jubal Early's Confederate forces surprisingly attacked Union troops near Cedar Creek in the Shenandoah Valley of Virginia.  Union forces under General Sheridan did not fare well at first. The 156th was on their brigade's left flank and defended their four-foot high defenses. The fighting became fierce when the 53rd Georgia headed straight for the 156th. The fighting soon became hand to hand and the “Mountain Legion” had to retreat. Later that day, Sheridan led a successful counterattack with the 156th on the right of the 19th corp. At the end of the day, 92 men from the 156th were either missing, dead, or wounded. Captain Johannes LeFevre was mortally wounded in the battle. Johannes wrote back to his family on October 23rd, “I was quite severely wounded at the late Battle at Cedar Creek Oct 19. by a Minnie ball which struck the fleshy part of my thigh directly through to come out between the hip bone & the nable [sic] about half way from each but my bowels and bladder are uninjured My left leg is helpless but I can move it with the assistance of my right leg & my two hands.” Johannes succumbed to his injuries a little less than a month later. The 156th spent its last days in North Carolina where there was little combat. It was officially mustered out of service on October 23, 1865.