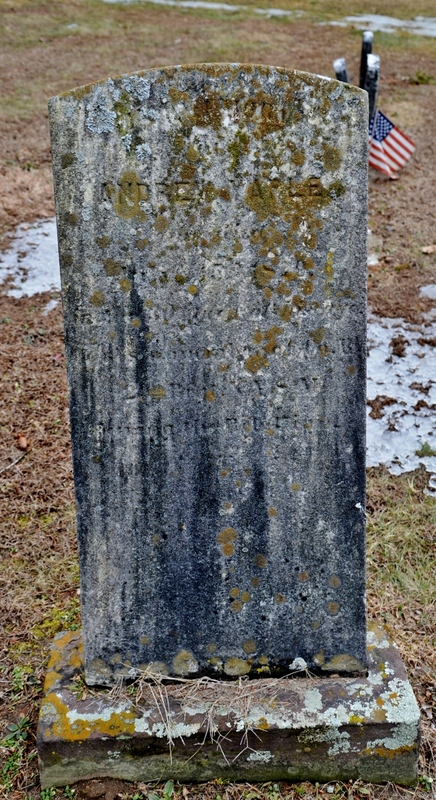 Andrew Yaple (Yeaple) was born in 1841 in Ulster County. Son of John and Elisa Yeaple, Andrew was one of their five children. In the 1850 census his name was written as Andreas Yeaple. He was twenty years old when he enlisted to fight in the Civil War. He enlisted at Kingston to serve three years of active duty. He mustered in as a Private September 25th 1861. Starting out with the 80th New York State Militia (NYSM) the company fought many long hard battles throughout its service such as Antietam, Fredericksburg and Gettysburg. Yaple had been wounded on multiple occasions throughout his service. The most significant battle Yaple was wounded in was the battle of Gettysburg in July 1863. He was sent to the Hospital in West Philadelphia to recover. He re-enlisted again in 1864 and was finally mustered out at the rank of Sergeant on January 29th 1866 at Portsmouth, Virginia.

After the war Andrew Yaple married Melinda Hallowick on March 14th 1867 at the Reformed Protestant Dutch Church in New Paltz, New York. They had a daughter Jennie born in 1869.  On July 15th 1870, while working for the Warner Lime & Cement Company of Troy, an accident occurred on the job. While at Hickory Bush near Rosendale, New York, part of the quarry the men were working on collapsed. The collapse killed three men including George Riesenberger, Hiram Freer and Andrew Yaple. Andrew’s body had been dug out and brought to a barn for doctors to examine. Out of all the men who had been killed, Andrew's injuries were the most severe. His forehead was crushed and his face was distorted to the point it was almost unrecognizable and died immediately. He wa survived by his wife of three years, two small children, his mother and several siblings. behind. He was buried the following Saturday at New Paltz Rural Cemetery in the G.A.R. section. It was said a large group of friends, family, and towns’ folk and local veterans all attended to pay their respects.