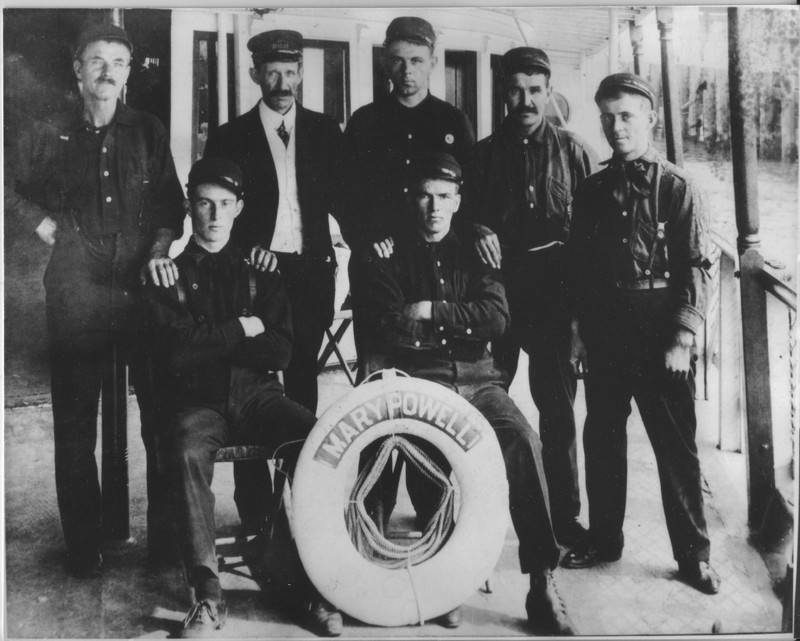 7 members of Mary Powell crew on deck, 1908. In back row, second from left is first pilot William B. Mains and second from right is Philip Mains, mate. Front row left is Arthur A. Warrington. Hudson River Maritime Museum collection. 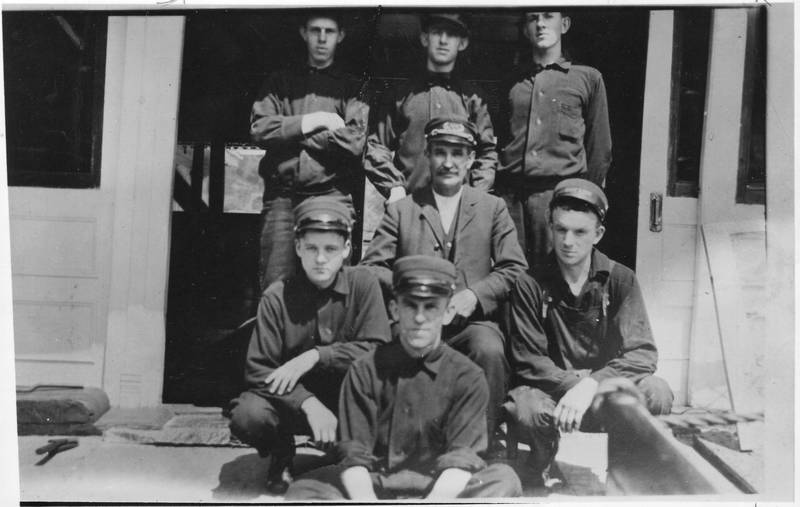 Ferdinand Frost was captain of the Mary Powell from 1866 to 1871, while she was owned by Thomas Cornell. Most famous for captaining the Broadway when she had a boiler explosion, Captain Frost served aboard the New York until his “incapacitation” in 1892. He died in the spring of 1899.

Guernsey B. Betts served as pilot on the Mary Powell from 1866 until 1882. He died on March 31, 1892 at the age of 61 after a long illness. In this excerpt from his rather lengthy obituary, he Saugerties Weekly Post had this to say about him,

“Mr. Betts was born in Bridgeport, Conn. He was a born pilot, and when but 12 years of age he hired out on the sloop Kimball, running on the Hudson River. At the age of 19 he was raised to commander of the vessel. He next engaged as pilot of New York city ferry boats and during the war acted as pilot of the Thomas Powell. When the Mary Powell was built he was engaged as pilot, and with the exception of one year, when he went with the steamer Vibbard, he remained with the Queen of the Hudson for 26 years. In 1883 he left the Powell and went as pilot of the steamer James W. Baldwin, which position he held until the time of his death.

“Mr. Betts was acknowledged to be one of the best navigators of the Hudson. No man living knew the river better than he, and a sense of safety and security was felt when he was at the wheel. His graceful landing of a vessel was the subject of much comment, and no time was lost when it was his trick in the pilot house. Personally Mr. Betts was popular. He was outspoken and hated deceit.”

Hiram G. Briggs was pilot of the Mary Powell from 1883 until the spring of 1908, when he was forced to retire due to an illness. The paralytic illness first came on during an excursion trip aboard the Mary Powell, and he never fully recovered. He died in 1908 at the age of 71. Before serving on the Mary Powell he had been a pilot on the James W. Baldwin, where he made a name for himself with his smooth landings.

William B. Mains (sometimes also spelled “Maines”) started as second pilot aboard the Mary Powell in 1891 and then became mate in 1892 until 1909 when he was promoted to pilot and his brother Philip took his old position as mate. William died unexpectedly at age 46 in 1911, after a long illness. Philip stayed on as mate until at least 1913. 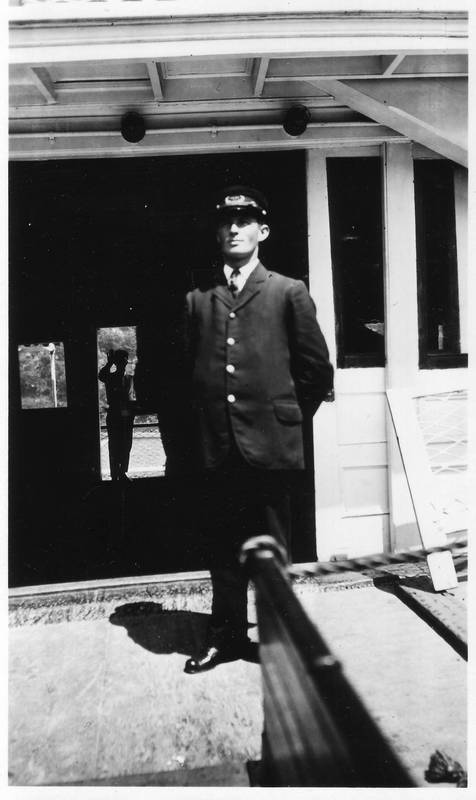 Arthur Warrington joined the crew of the Mary Powell at a young age, supposedly as a bootblack. He worked his way up to deck hand, and eventually in 1913 became the second pilot. After the death of Captain A. Eltinge Anderson in 1914, it is not clear who captained the Mary Powell in 1915, but in the spring of 1916, Warrington received his master’s license and by the end of the year had been appointed captain of the Mary Powell. He served as her last captain for the 1917 season. Largely idle in 1918 due to coal restrictions, the Mary Powell did not appear to sail at all, and in the fall of 1918, likely October, Arthur Warrington died of Spanish Influenza.