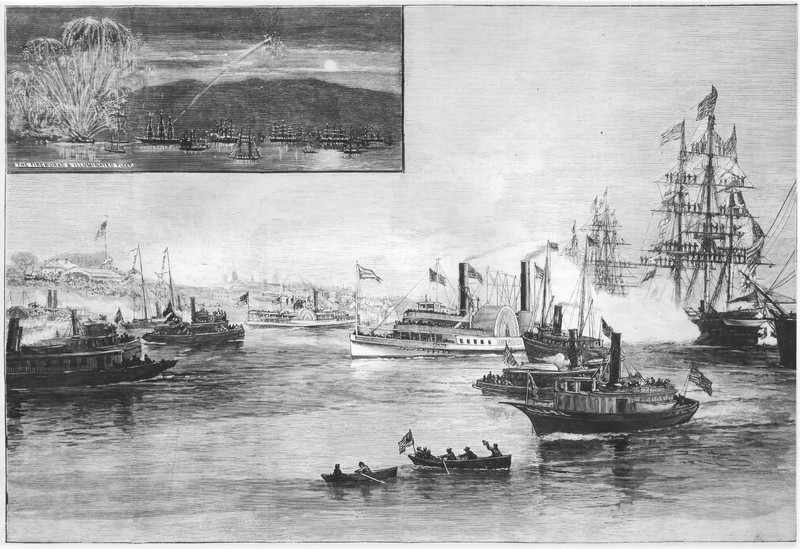 Mary Powell in the middle of a naval parade at Newburgh for centennial of the end of the Revolutionary War. Donald C. Ringwald Collection, Hudson River Maritime Museum.

It cannot be denied that the Mary Powell is among the most famous of Hudson River steamboats. Why this is cannot easily be quantified. It seemed to be a combination of several things – her uniquely beautiful lines, her famous and oft-challenged speed, the manner in which her captains and crew ran operations, including the attention to passenger comfort and vessel maintenance, and, most notably, her extraordinarily long career. Spanning the start of the Civil War to the U.S. entrance into the First World War, the Mary Powell came to represent a bygone era.

The turn of the 20th century brought her lengthy career into sharp relief. As transportation technology continued to advance, population increased, and New York City became with social and financial hub of the nation, the Mary Powell became truly famous, known across the country and in Europe as a Hudson River tradition.