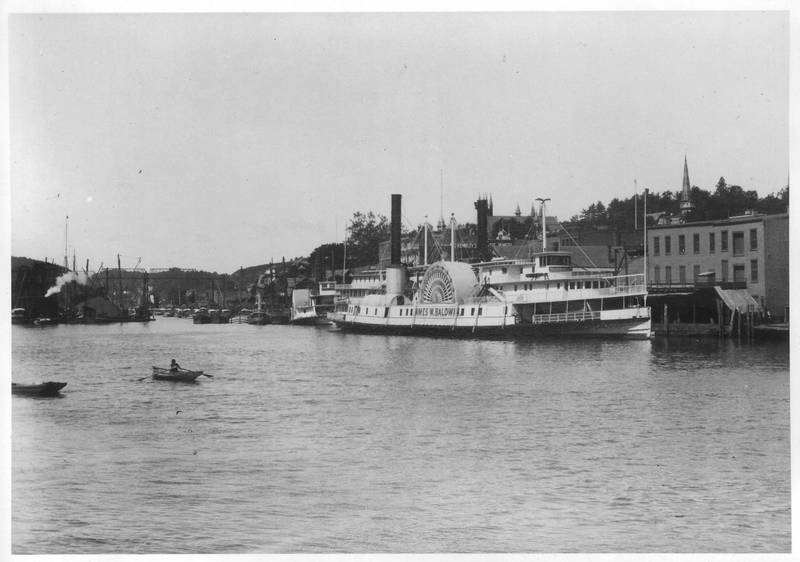 Anderson was not the only steamboat owner who noticed there was a dearth of used steamboats available. Romer & Tremper, out of Rondout, had also commissioned Allison to create a new steamboat, which eventually was named the James W. Baldwin. Soon after Absalom Anderson announced his intention to build a new passenger steamboat for Rondout, Thomas Cornell announced his intentions to do the same. The Thomas Cornell Steamboat Company was the largest towing concern on the East Coast at the time, but had few passenger steamboats in his fleet. The announcement that Cornell was going to build a steamboat (named after himself, of course) to run for passenger traffic may have given Captain Anderson pause, but it did not dissuade him from his goal. He did pay a great deal of attention to the construction of the James W. Baldwin, and after it arrived at Rondout in March of 1861, ended up changing his plans for the Mary Powell to make her longer. 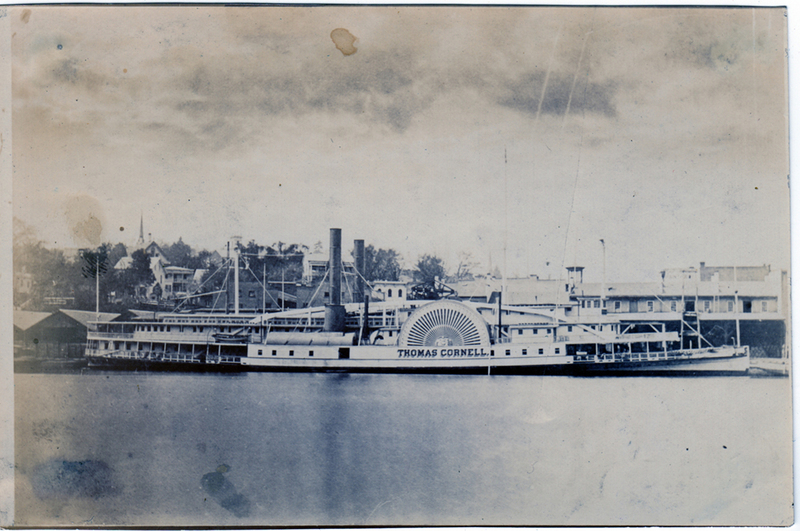