"Queen of the Hudson" 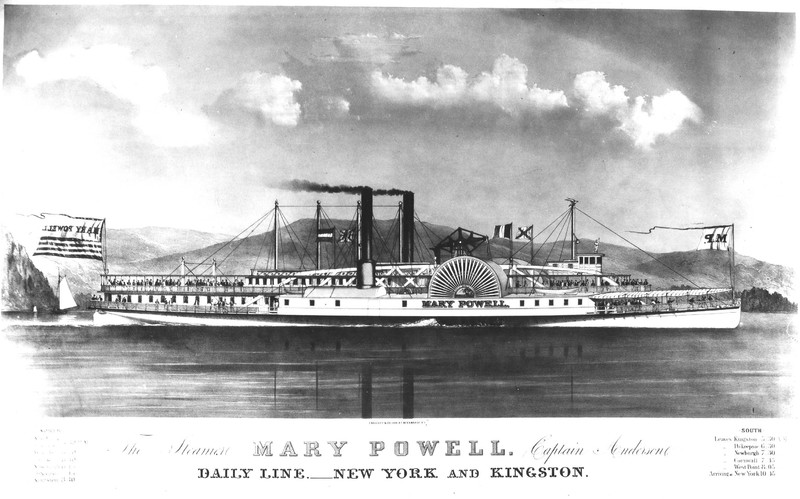 The Mary Powell took just over a year to complete. Built by M.S. Allison in Hoboken, New Jersey, she was built “almost without restrictions as to dimensions, with the understanding, however, that with equal advantages in steam power, she should beat everything else in the shape of a vessel on any of our rivers.” Anderson specified to Allison that he wanted the Mary Powell to beat her predecessor in speed. Clearly, Absalom Anderson wanted a fast vessel that would attract passengers to both speed and comfort and one which could stand up to the legacy of the Thomas Powell.

She was completed in the summer of 1861. In August of that year, before she had officially launched, she had already gained the moniker “Queen of the Hudson,” assigned by The World in an August 16 article. After a few false starts in July, the Mary Powell finally launched in October, completing her first trial run to Rondout in mid-October. Already, newspapers were speculating about her possible speed. The Yonkers Examiner thought she might go as fast as 25 miles per hour. The Albany Argus wrote, “It is thought she will be the fastest boat afloat.”

← Competitors
Specifications →
Building the Mary Powell
"Queen of the Hudson"