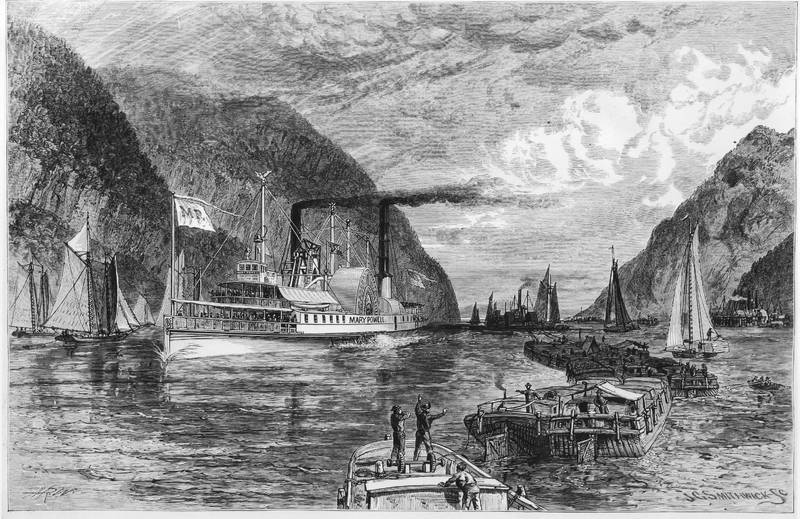 In 1860, Captain Absalom Lent Anderson announced his plans for a new steamboat. His announcement came at a seemingly inauspicious time both nationally and regionally. The nation was coming apart at the seams over the issue of slavery and the threat of secession. Railroads were offering spirited competition for transportation in the Hudson Valley, and a competing steamboat, the impressive James W. Baldwin, had just been ordered. But Anderson was optimistic.

Then the captain and owner of the passenger steamboat Thomas Powell, Anderson won high praise from the public for his smooth and safe operation of that vessel. But the ambitious captain wanted a new steamboat that would compete in the already crowded field of Hudson River passenger steamboats.

The Hudson River had hosted commercial steamboats for longer than anywhere else in the world. Starting in the fall of 1807, Robert Fulton’s groundbreaking “North River Steamboat” began running passengers from New York City to Albany. Its side-wheel design would go on to influence all subsequent Hudson River steamboats. With the breaking of the Livingston-Fulton steamboat monopoly in 1824 and the opening of the Erie Canal in 1825, steamboat traffic on the river skyrocketed. Entrepreneurs started (and dissolved) steamboat companies so often it was hard to keep track of the new vessels. Competition for passengers was fierce, and many steamboat companies took the fly-by-night approach of ridiculously low fares or boasts of incredible speed to try to secure enough passengers to turn a profit. 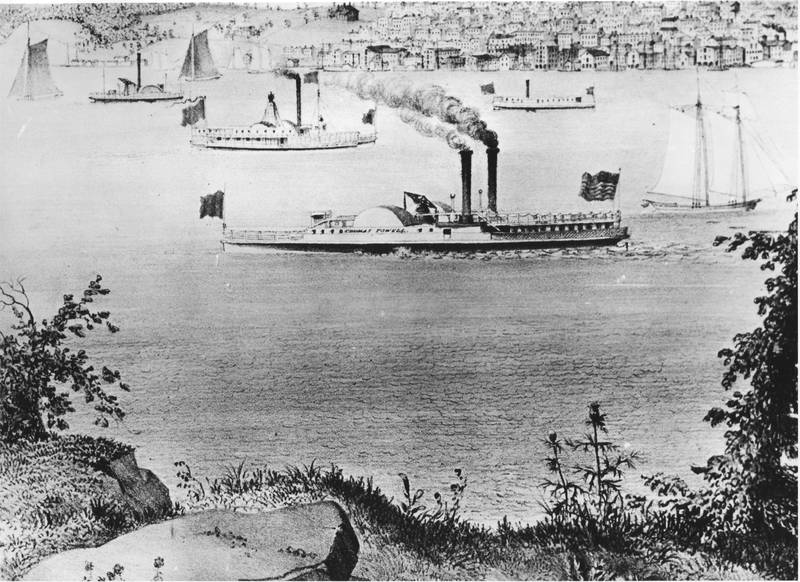 But Absalom Anderson was different. In the summer of 1859, the Brooklyn Evening Star had this to say about him,

“In these fast days when men are so blinded in their pursuit of the almighty dollar, that the ordinary courtesies of life are frequently ignored, it is a satisfaction to find an exception to the general rule. We as well as others, have found this exception in the person of Captain A. L. Anderson, master of the steamer Thomas Powell, who by general assent of all who have taken passage in his boat, is par excellence the prince of North River steamboat commanders. In him are combined the rare qualities of always being a commander and at the same time a gentleman. His whole time is devoted to the management of the boat and to the comfort of his numerous passengers. There is no ostentatious display made, as is too often the case, to let every body on board know “I’m commander,” but on the contrary he is about every where, watching every thing narrowly and looking after the comfort of his passengers, without noise. His officers understand him thoroughly and obey his commands given in a mild tone, with cheerfulness. Having been frequently on his boat for several years past, we can say that we never heard an oath or vulgar expression come from the Captain or his officers, even under the most trying circumstances.”

The Thomas Powell was, at the time, considered one of the fastest and best-appointed steamboats on the river at that time. But she wasn’t getting any younger, and there had not been many new steamboats boats commissioned in the last decade. So, to keep up with the times and thinking about the future, Absalom Anderson commissioned Michael S. Allison of Hoboken, New Jersey to build a new steamboat – one to rival all others on the river at the time.