By the 1970s, although some strides had been made in cleaning up pollution, the biggest problems were enforcement of new and existing environmental laws. Raw sewage outflows were increasing in volume to the distress of people who wanted to use the river for recreation. Oil spills big and small were slicking New York’s waters and it was common to dump New York City’s garbage and industrial wastes as close as twelve miles offshore. 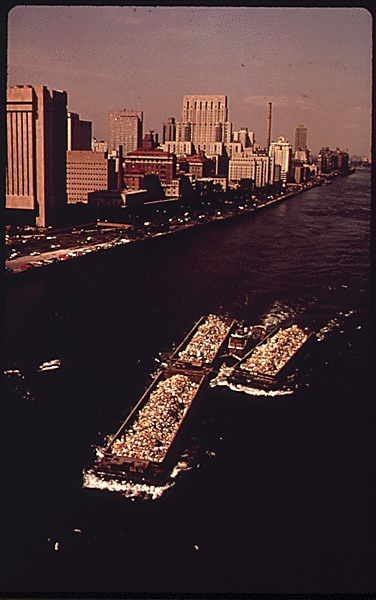 New York City garbage scow being towed through the East River to be dumped out to sea, c. 1970. National Archives & Records Administration. 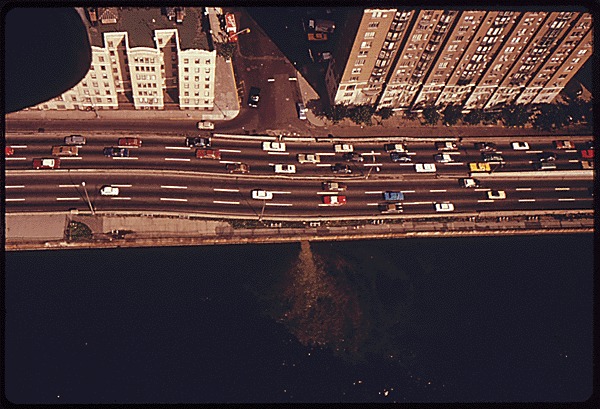 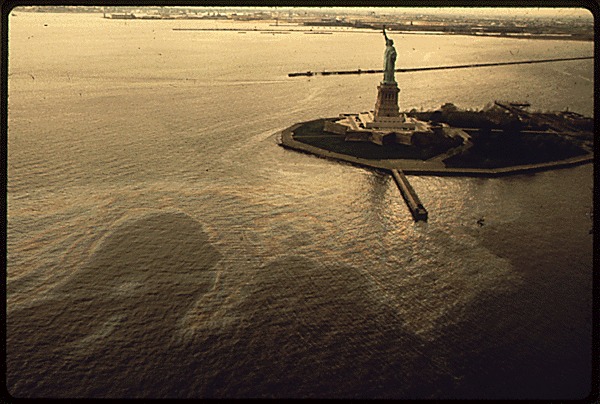 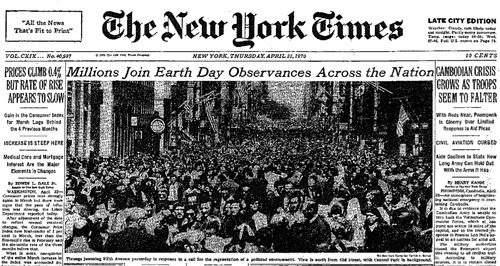 A few laws to protect the environment and waters of New York State and the nation were passed in the first half of the twentieth century, but were rarely enforced. In the 1960s and ‘70s new legislation and the power to enforce it began to be passed.

On the very first Earth Day, April 22, 1970, the New York State Department of Environmental Conservation was formed. Replacing the more fish-and-game focused Conservation Department and taking over several programs from the Health Department and other state commissions, the DEC was focused on the environment as a whole. 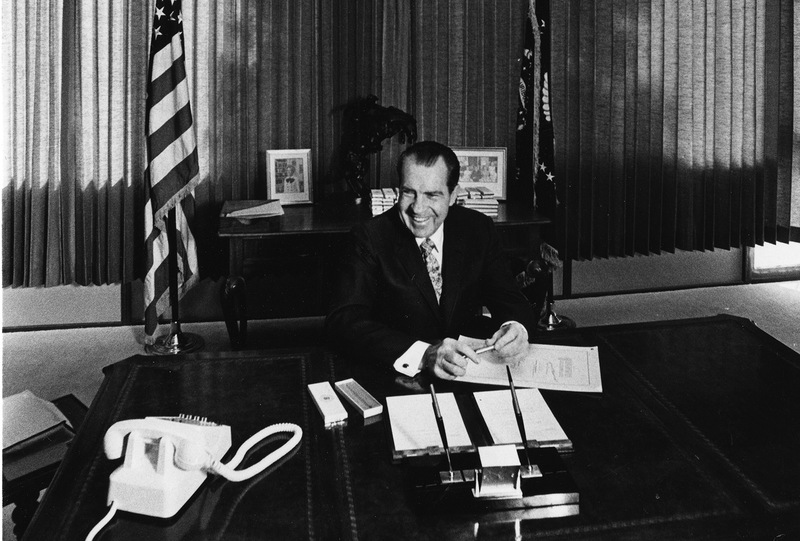 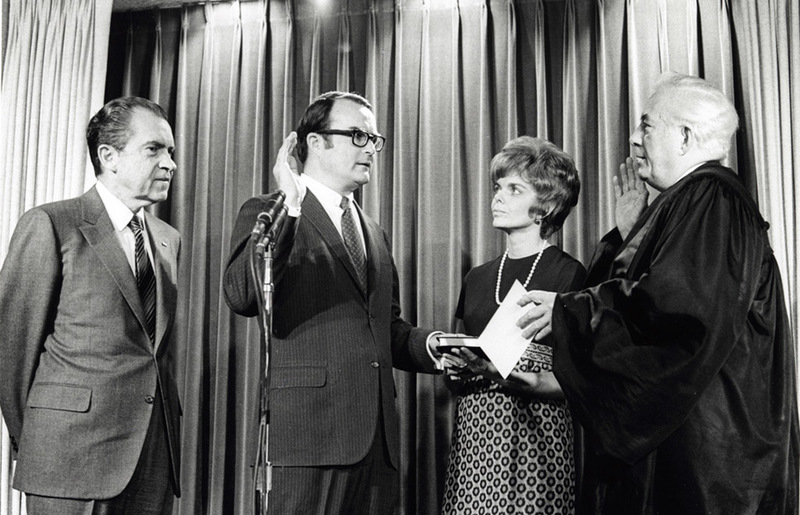 1899 - Rivers and Harbors/Refuse Act prohibits pollution of navigable waterways without permission, unenforced until the 1960s

Drawing of Consolidated Edison's proposed transference of the power plant to the interior of Storm King Mountain, superimposed over a photograph of Storm King. The new plan was an attempt to mitigate the scenic impacts of the plant, but still did not address the impacts on striped bass fisheries or local drinking water sources. The plan was ultimately defeated in court. Marist College.

The series of lawsuits that would come to be known as the Scenic Hudson Decision, named after the lead prosecuting organization, helped set legal precedent giving ordinary citizens the power to protect the environment. This precedent has allowed Scenic Hudson and other groups in the Hudson Valley to fight and win battles to protect the Palisades from recent development, the construction of a desalination plant in Rockland County, and other projects that endangered the scenic or environmental value of the Hudson Valley.

← The Power of Music
A Toxic Legacy →
Rules of Enforcement