The Hudson River School refers to the nineteenth century landscape painters who believed America’s mountains, rivers and seacoasts were inherently spiritual and ennobling and strove to reveal their power. Influenced by the romanticism of this period, their landscape paintings were intended to reveal ideal visions of nature and to inspire viewers with reverence and awe for God’s creations. 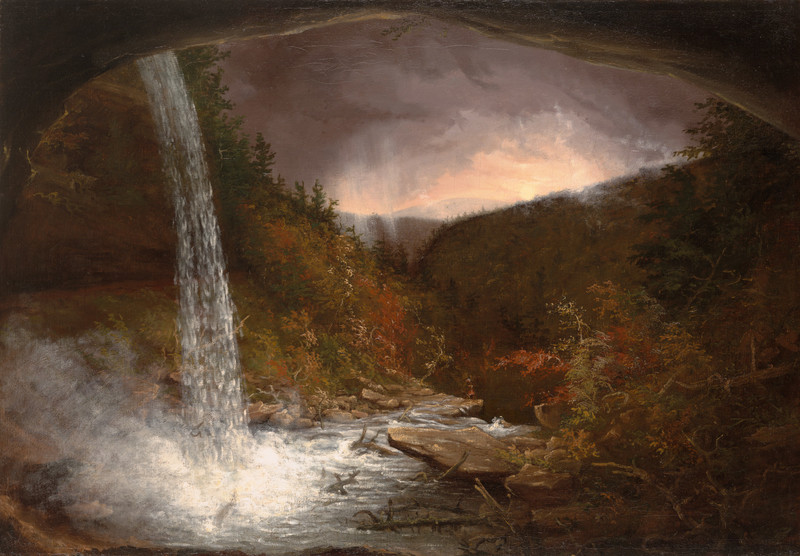 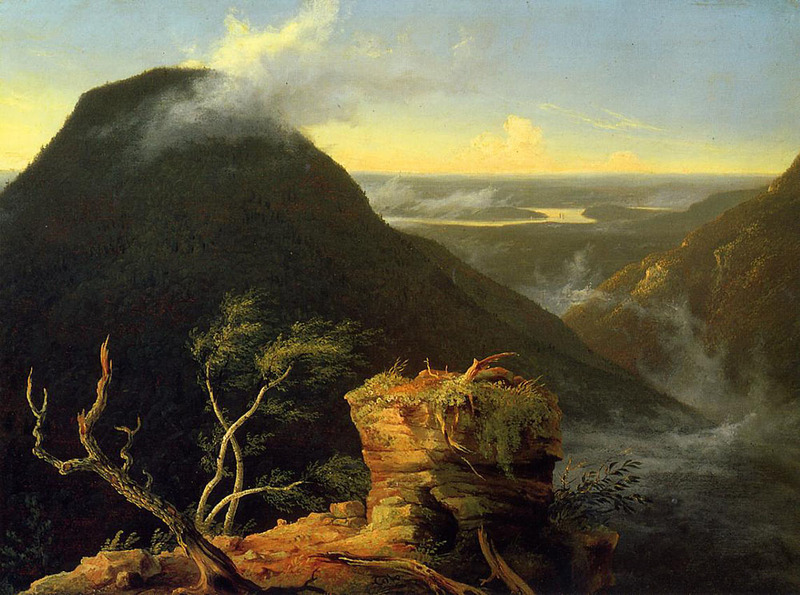 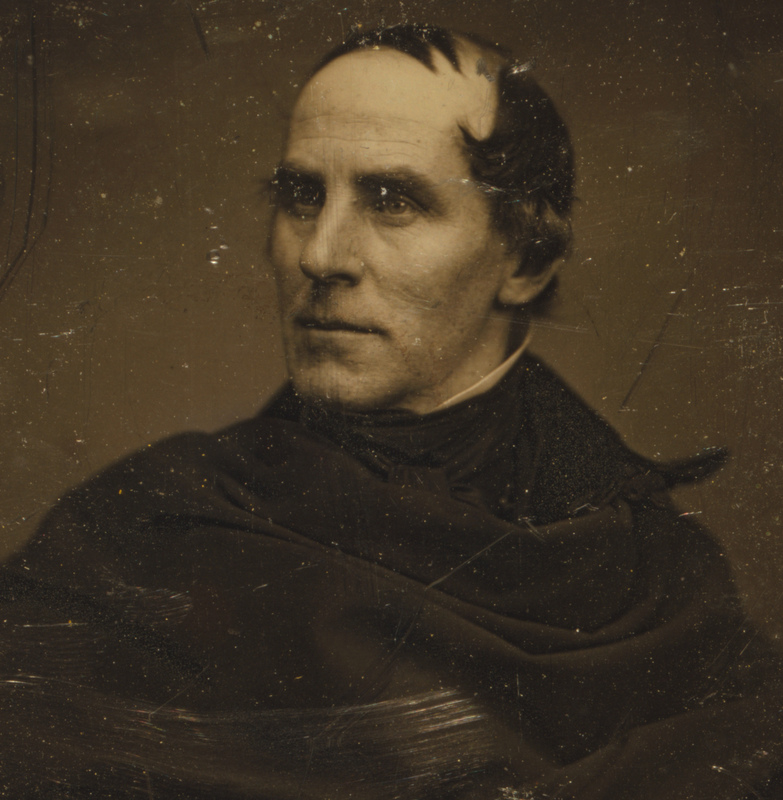 The founder of this movement which had its roots in New York’s Hudson Valley was Thomas Cole (1801-1848), a self-taught painter who settled in Catskill, New York and who became prominent in New York City’s art scene in the 1820s. Cole’s paintings of bold landscape features, restless clouds and waves and weather beaten trees were based on careful observations but often composed to emphasize the power of creation over man. In addition to landscapes, a number of Cole’s works explored allegorical themes including the Voyage of Life and the Course of Empire series.

Cole’s work inspired and influenced other artists including his friend Asher B. Durand (1796-1886), and his famous student, Frederic Church (1826-1900).  After Cole’s untimely death in 1848, these and other artists including Thomas Doughty (1793-1856), Robert Havell Jr. (1793-1878), John Frederick Kensett (1816-1872), Sanford Robinson Gifford (1823-1880), Albert Bierstadt (1830-1902) and Kingston’s Jervis McEntee (1828-1891) rose to prominence and travelled extensively to celebrate the power and beauty of nature at home, abroad and even in the Arctic.  In an age when photography was in its infancy and limited in its ability to travel conveniently, these paintings assumed great importance as a means of bringing exotic places home to the public. Nevertheless, the Hudson River and its adjacent shores and mountains remained a prominent part of the work of these New York artists. 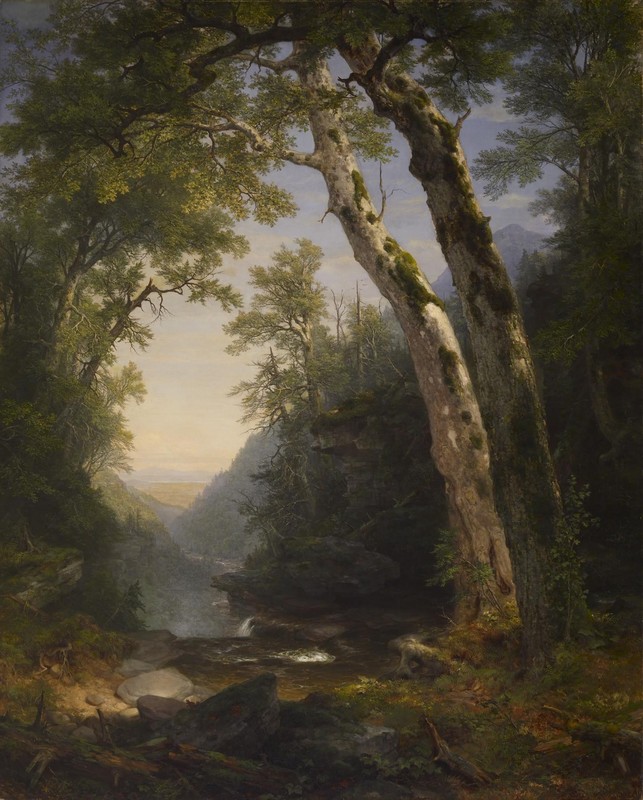 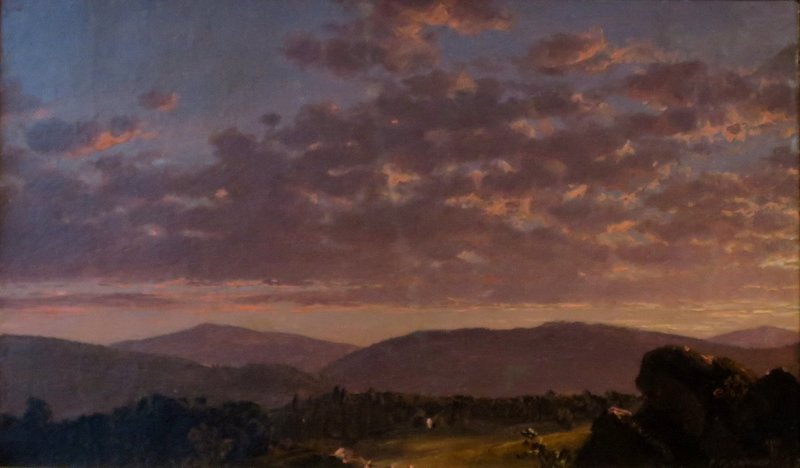 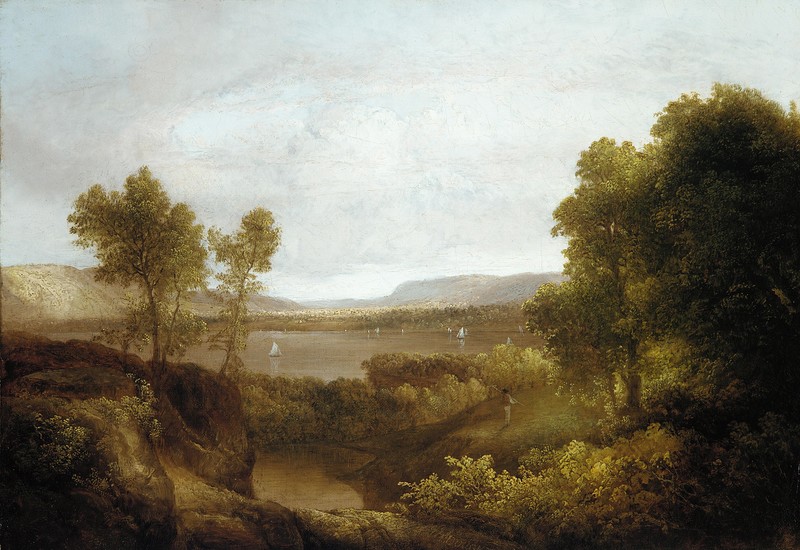 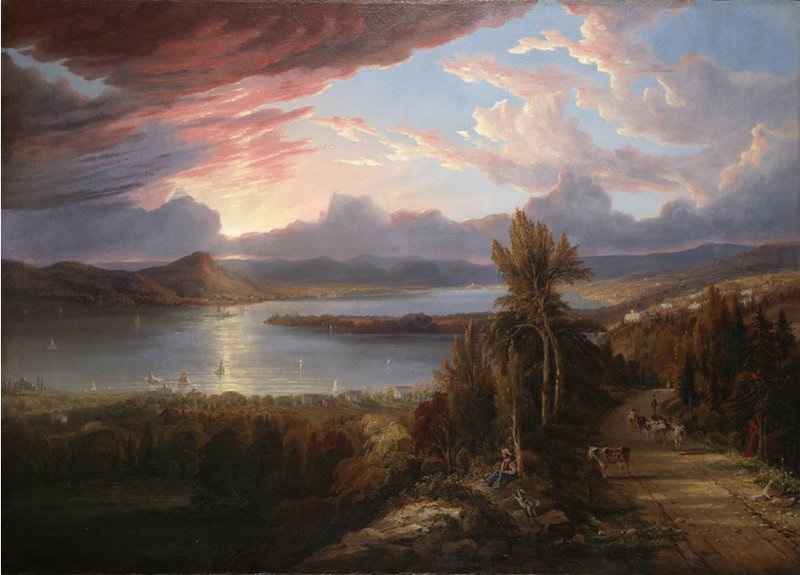 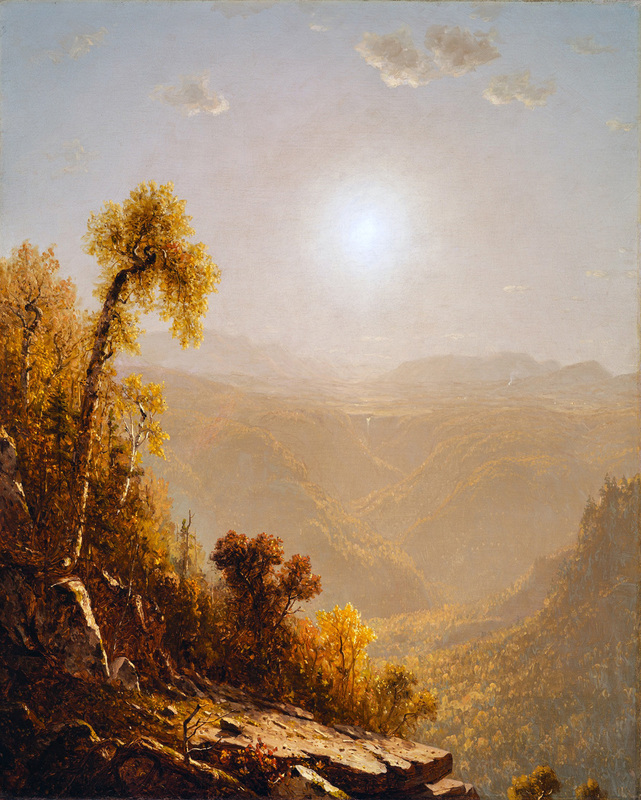 The Hudson River School painters shared a reverence for scenic beauty and a concern for its degradations.  As a landscape architect, Frederic Church became involved with the early parks movement and was a commissioner of New York City’s Central Park and an influential advocate for the creation of the Niagara Reservation in order to protect land adjacent to Niagara Falls from further exploitation.  A number of Hudson River School paintings have come to symbolize the pre-industrial beauty of the Hudson Valley and were used successfully in the last fifty years to advocate for the preservation of scenic vistas threatened by proposed power and cement plants. It is not a coincidence that the Hudson River School achieved renewed public appreciation at about the same time that Scenic Hudson, Clearwater and Riverkeeper began working in earnest to rescue the river from decades of abuse and neglect. 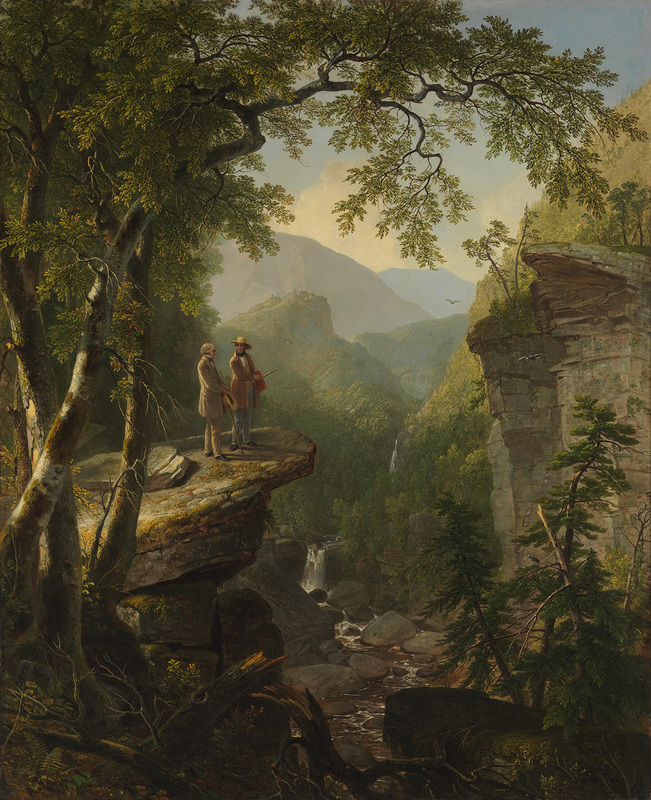 "Kindred Spirits," Asher Brown Durand, 1849. Public domain. Commissioned by Jonathan Sturges after Cole's death as a gift to William Cullen Bryant, the painting depicts Bryant and his friend Thomas Cole standing on the edge of Kaaterskill Gorge in the Catskills.