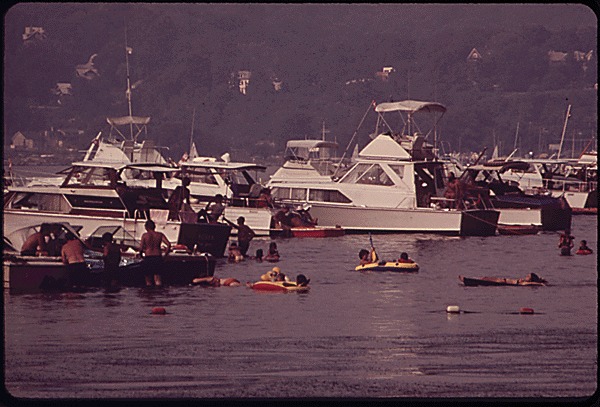 Hope for the Hudson

By the early 1970s, the results of going after polluters were becoming noticeable. The river looked cleaner. Waterfronts were being cleaned up. New Yorkers were using the river more and more for recreation. People cared about the river and its future, which looked brighter than ever. But while the visible effects of pollution were disappearing, invisible threats lurked beneath the surface. 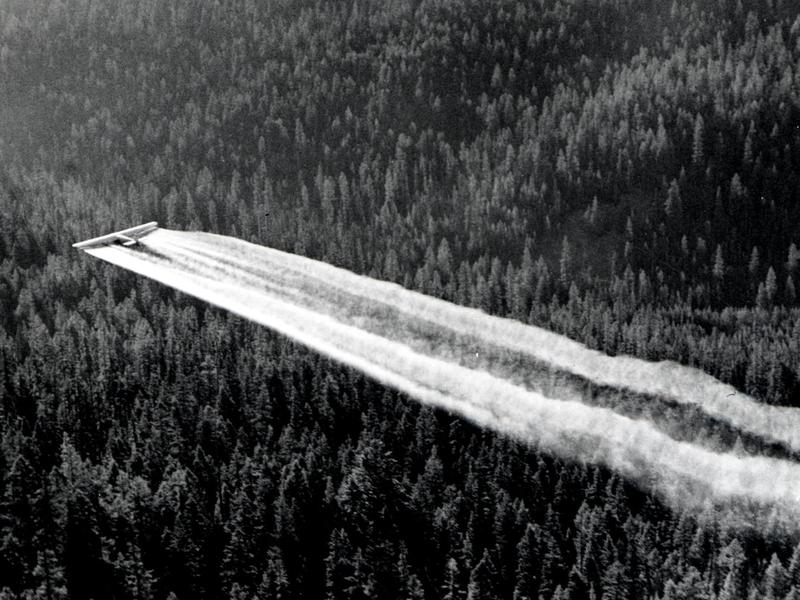 When it was introduced in the 1940s, dicholordiphenyltrichloroethane (DDT), seemed a miracle chemical for killing insects. It was used on everything, especially in agriculture, and helped end malaria in Europe and the United States. But DDT was not as safe as it seemed at the time. In 1962, Rachel Carson published Silent Spring, which chronicled the ecosystem-wide effects of DDT - from killing beneficial insects and birds to its accumulation in the bodies of predators like bald eagles. Silent Spring helped raise awareness of toxic chemicals and their impacts on human health and the environment. 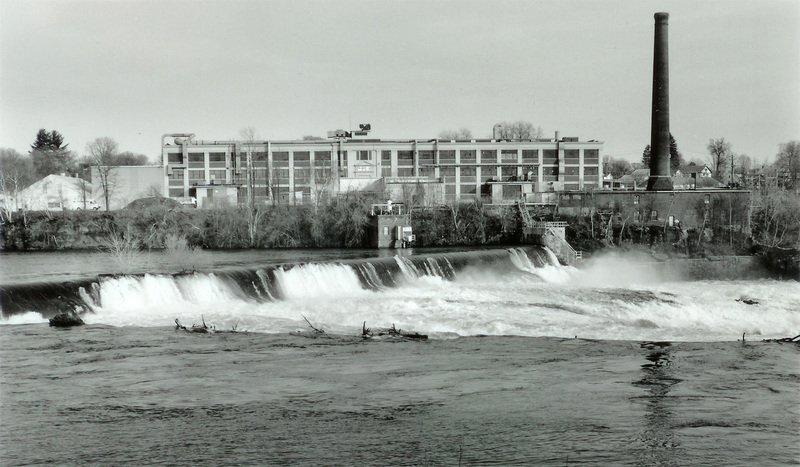 Polychlorinated biphenyls (PCBs) were used extensively by General Electric at two plants that manufactured electrical power transformers. Located along the Upper Hudson, the plants at Hudson Falls and Fort Edward dumped PCBS into the river between 1947 and 1977. The removal of the Fort Edward dam in 1973 and a 100 year flood in 1976 swept PCBs downstream.

For Hudson River advocates, the discovery of PCB contamination was a huge blow. The recovery of the Hudson, and its future use, was called into question. 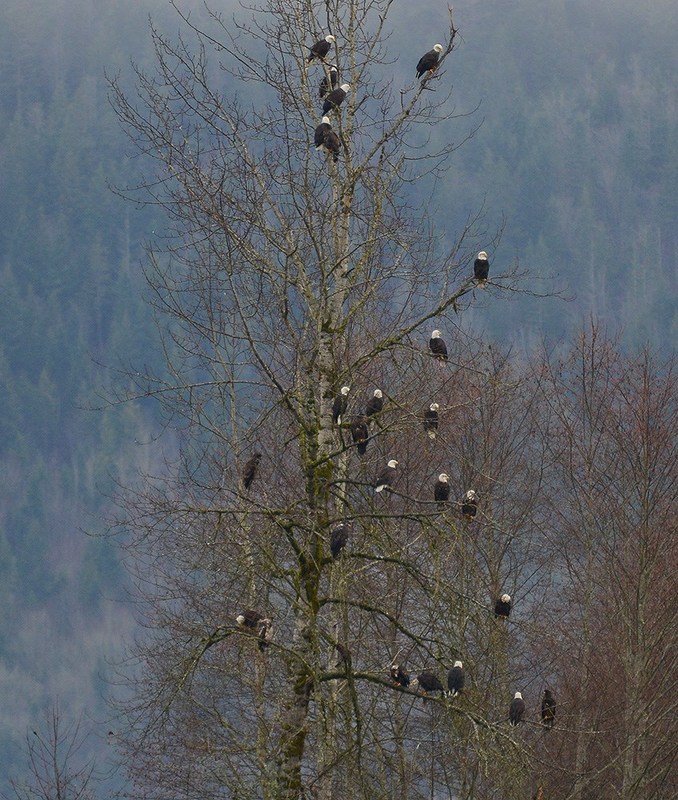 In 1972, the EPA banned DDT and in 1973, bald eagles were added to the Endangered Species List. In 1976, New York began the Bald Eagle Restoration Plan to reintroduce breeding pairs around the state. The first bald eagle chick on the Hudson in 100 years was born in 1997. Today, bald eagles are thriving in the Hudson Valley. 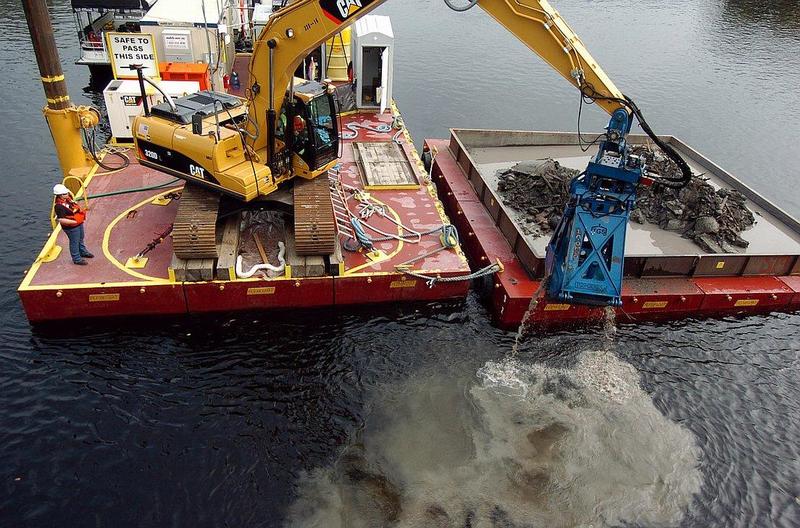 On September 8, 1975, the DEC ordered General Electric to stop dumping PCBs into the Hudson. GE and DEC both contributed $3 million to studying PCBs and their effects on wildlife and people. In 1978, the DEC released a plan to dredge 40 of the most contaminated sites. In 1980, an amendment to the Clean Water Act appropriated $20 million toward the project. In 1982 the EPA limited the dredging plan to 20 sites and was promptly sued by Clearwater, Scenic Hudson, the HRFA, and others. The plan moved forward, but GE opposed it. Dredging did not begin until 2009 and was completed in 2015. Today, New York State and environmental groups disagree with the EPA that the cleanup was successful. 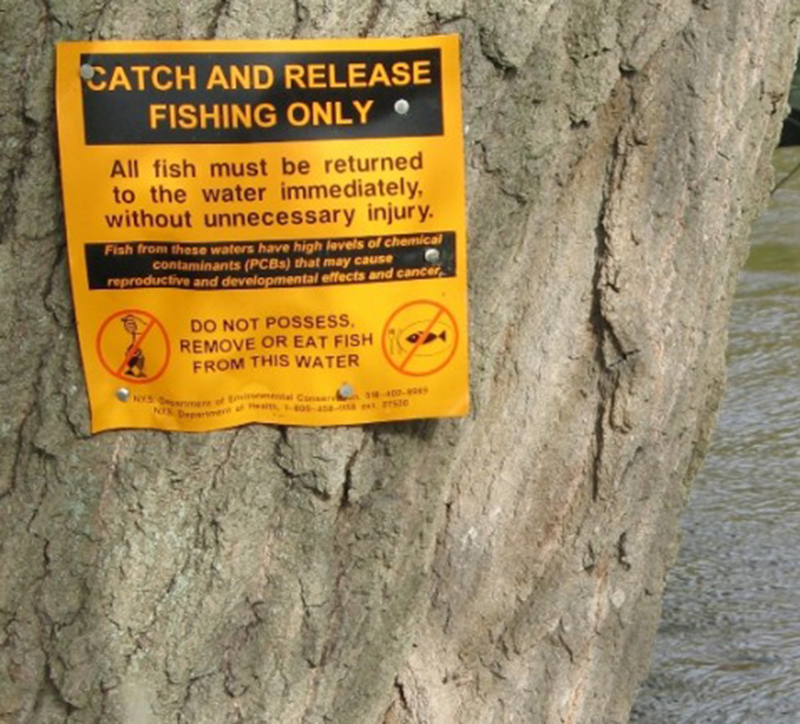 Fishing advisories like this one are posted near popular fishing spots throughout the Hudson Valley. New York State Department of Environmental Conservation.

The DEC notified the public of PCB contamination in 1975 and in 1976 banned all fishing in the Upper Hudson and commercial fishing in the lower Hudson. Predatory fish like striped bass, popular for eating, exceeded the levels of PCB deemed safe by the Food and Drug Administration. Today, PCB levels have lowered, but are still present in Hudson River fish. The DEC maintains a fishing advisory and recommends only occasional consumption of certain fish.

← Rules of Enforcement
A River for All →
A Toxic Legacy