Although the Hudson River is vastly cleaner than it was 50 years ago, the old ghosts of past actions still haunt it. PCBs are still present, fish populations have yet to fully recover, and aging infrastructure still poses risks. As Hudson Valley residents look to the future, there are more threats on the horizon that need to be addressed.

Panorama of Storm King Mountain in all its protected glory. Scenic Hudson.

Since cities formed on its banks, the Hudson has been endangered by sewage and other nutrient pollution. Today, aging water treatment plants, “grandfathered” outflow pipes, and combined sewage overflow all still contaminate the river with sewage.

In addition, agricultural runoff from animal manure and chemical fertilizers from field and lawns can contribute to harmful algal blooms. These algae can be toxic to wildlife and people and suck oxygen from waterways, killing fish and plants. 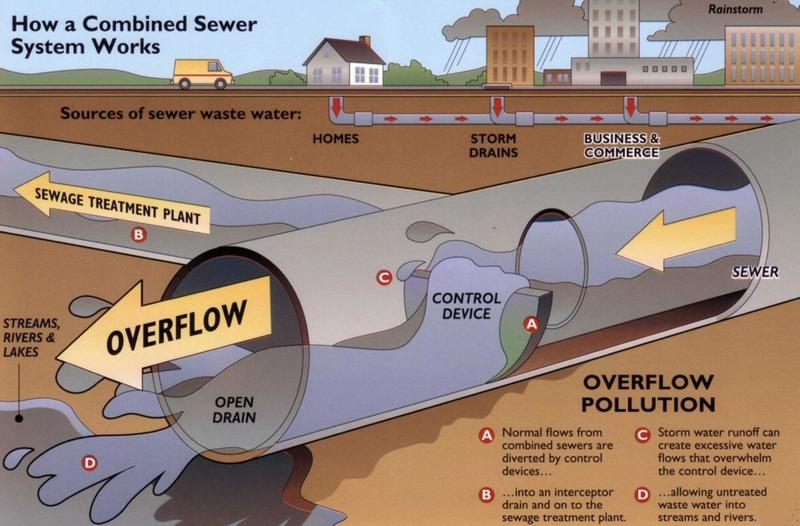 This image illustrates how combined sewage overflows happen. During rain events, storm runoff and sewage travel through the same pipes and can overflow into waterways if too much rain has fallen. Department of Environmental Conservation. 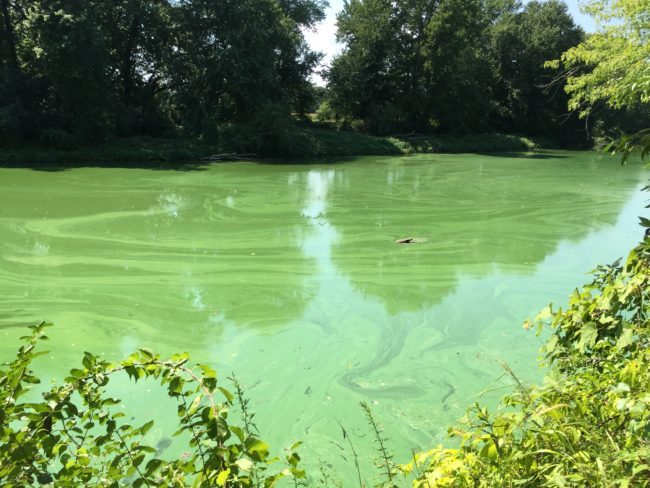 In the last 50 years, the Hudson River has risen by 10 inches. By 2050, an additional 18 inches is likely. In 2011, Tropical Storm Irene dropped feet of water on the Catskills, flooding the Hudson and its tributaries. In 2012, storm surge from Hurricane Sandy and a full moon contributed to an extreme high tide that was several feet above normal. As climate change continues, water levels will continue to rise and storms will contribute to coastal flooding. 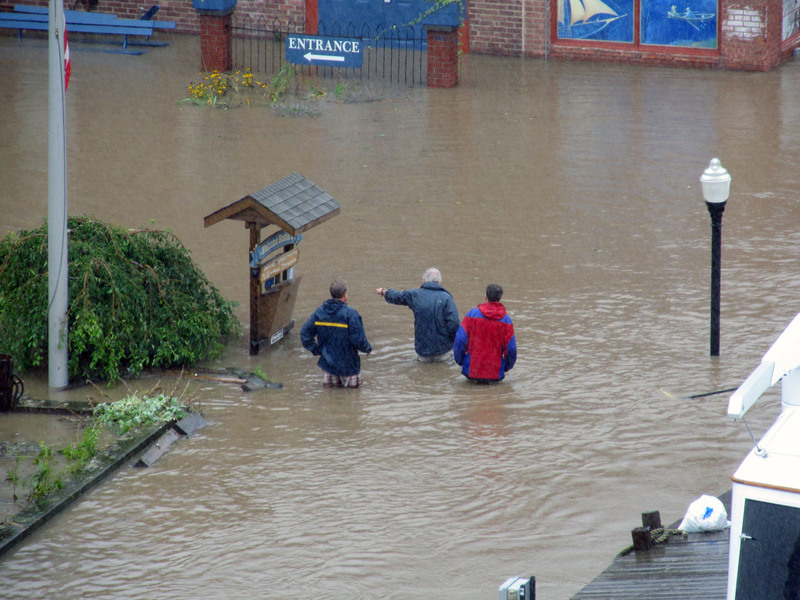 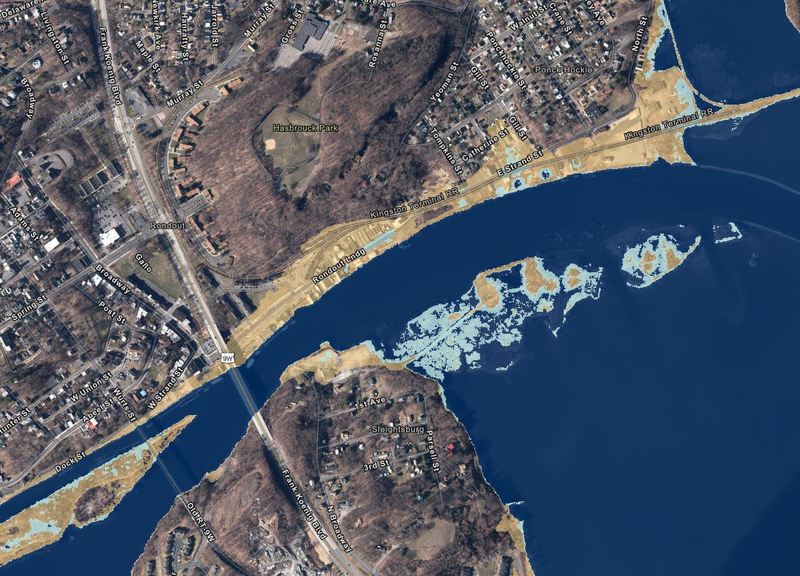 Projected high tides (in yellow and light blue) on the Rondout waterfront by 2050. An 18 inch rise is projected likely. Scenic Hudson.

When plastic is dumped in waterways, the wave action breaks the plastics into smaller and smaller pieces. Called “microplastics,” these tiny pieces can become so small that fish and other wildlife can eat them and they can even wind up in the human body.

Typical plastic waste found in waterways include single use plastic bags (like grocery bags), styrofoam food and bait containers, and plastic drinking bottles. Microplastics can also end up in waterways from laundry, such as from washing fleece, and household water, such as microbeads in liquid soaps. 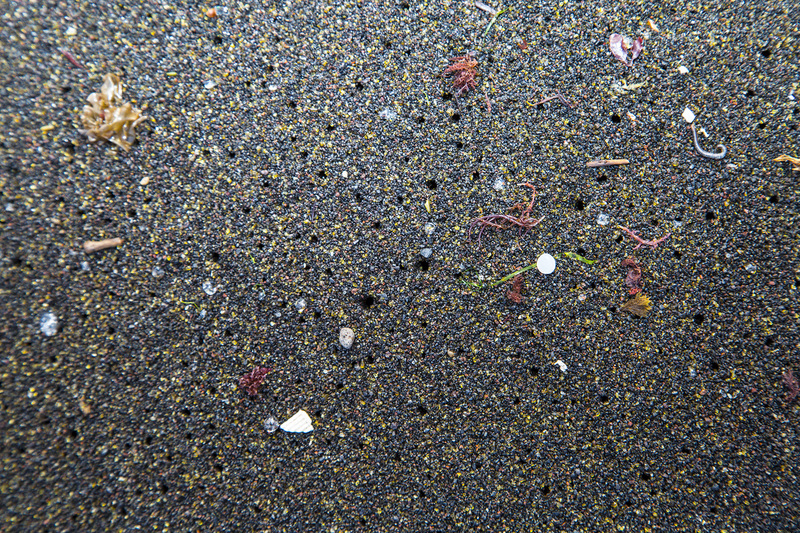 Microplastics in varioust stages of size floating on the water. 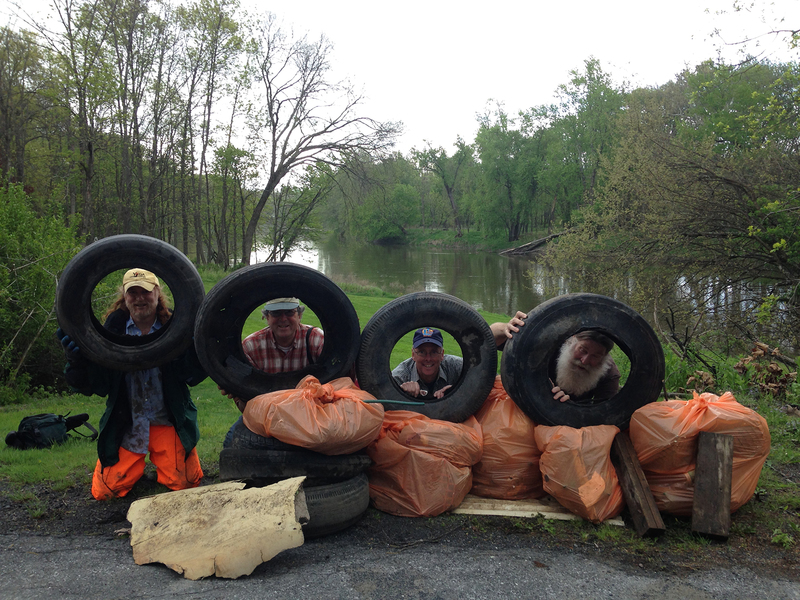 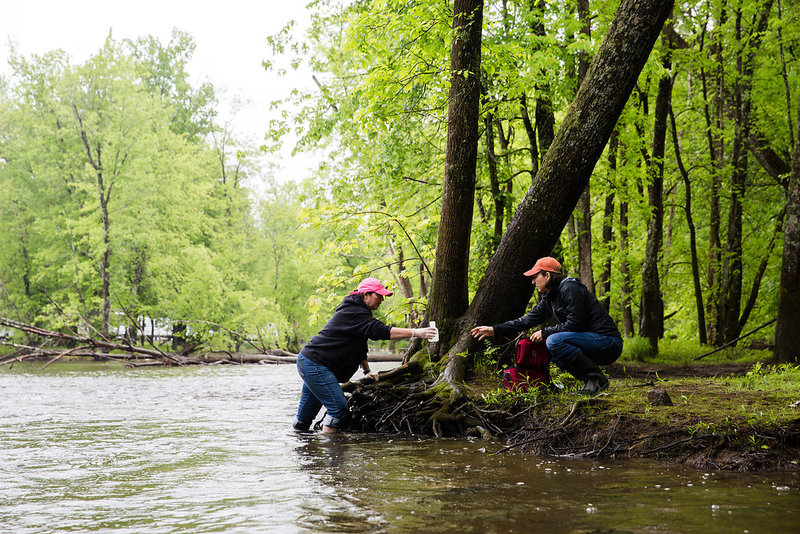 A volunteer gathers a water sample to be returned to Riverkeeper for testing. Photo by Eva Deitch, Riverkeeper.

Groups throughout the Hudson Valley are helping to fight climate change by supporting renewable energy and sustainable agriculture. Scenic Hudson and local land trusts are preserving green space, which helps consume carbon dioxide. Riverkeeper tests the valley’s waterways and releases data about combined sewage overflows, as well as organizes the annual Riverkeeper Sweep, where citizens clean up trash from waterways. Many groups are now pressing for local laws to ban single-use plastics and styrofoam. Riverkeeper, the DEC, and EPA all have made strides toward raising awareness about combined sewage overflows and helping municipalities stop raw sewage from entering our waterways.

Although the Hudson River may never again be as pristine as it was when Henry Hudson first sailed, ordinary people can work together to fight these remaining threats and rescue the river for good.

← A River for All
Rescuing the River: A Conversation →
On the Horizon