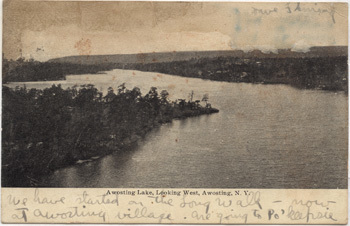 Surrounded by old Native American trails located in the Catskill region of New York State, the older and more experienced campers embarked on a week-long hike known as the “Long Walk.” Each summer, camp instructors accompanied campers on their journey north toward the Slide Mountain Region of the Southern Catskills, preceded by a camp cook and wagons full of food. These hikes had definite travel locations such as Slide Mountain (the highest of the Catskills), Lake Mohonk, Yama Farms, or a fishing lodge in the Roundout Valley. This highly anticipated event was considered by some to be some of the best days of the summer for participating boys. It was reserved for those campers who had gradually worked their way up toward more challenging and physically taxing events and who had proved themselves on shorter walks. These “long walkers,” as they were typically called, traveled twenty plus miles and sometimes significantly farther, depending on the weather that year.

The country around Camp Awosting provided the boys with wonderful walks and picturesque scenery that allowed them to embrace the nature that had been unfamiliar to them in their everyday city life. The week-long hike provided the boys, who were closely graded by their ability to endure the physical requirements, the chance to experience and witness first-hand the natural world that laid untouched. This natural environment, which had existed before the turn of the century, counteracted the softening effect that city life had on the boys. This hike encouraged the boys to learn the topography and formation of the country, as well as the habits and names of different animals in the area, as they were taught to “observe intelligently the unending drama that nature plays” in the world around them. Awosting stressed the power to understand nature as the camp believed the “power to rightfully interpret the senses' impressions” was the foundation of mental growth. 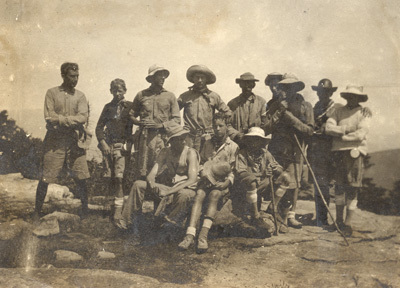