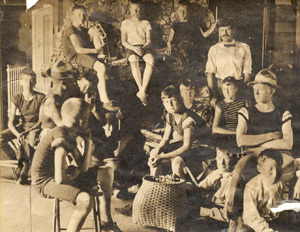 The following was taken from the 1901 Camp Awosting Newsletter:

"Tuesday was a great day down at the swimming rocks. The air was warm and the water cool, and everybody felt pretty good. Mr. Homans started the fun by stumping Burpee [Francis Burpee, one of the campers] to dive from the springboard, but Burpee would not be stumped. Then Mr. H. did it alone. In the meantime, Faber Davis, [a camper who later became the camp director in 1923], was quietly practicing from some of the lower ledges. After a while he tried a little higher dive....It took but little coaxing to stimulate Faber to go from the board. He made two, both good ones. Then Ching [a nickname for one of the campers] thought he would not be stumped by Faber and proceded to go through all the steps the latter passed. Within five minutes he, too, was in the springboard class...

Altogether it was a red letter day in the diving annals of the Camp." 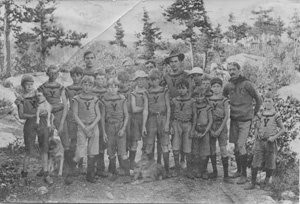 Faber Davis kept a journal during the first nine years he spent at the camp. The following is his entry from 1901 and 1907, respectively:

"In spring Ellenville Road is built and boys come via Hudson River day line to Cornwall and train to Ellenville and 3-seaters up to camp. Left at 9 A.M. and reached camp at dark. 14 boys, all new. Dr. Truslow and 4 counselors. Dr. Skarstrom dives from high cliffs at Minne [Minnewaska]. J.F.K. [Jerome F. Kidder] visits camp. One or two fish caught by local farmer." 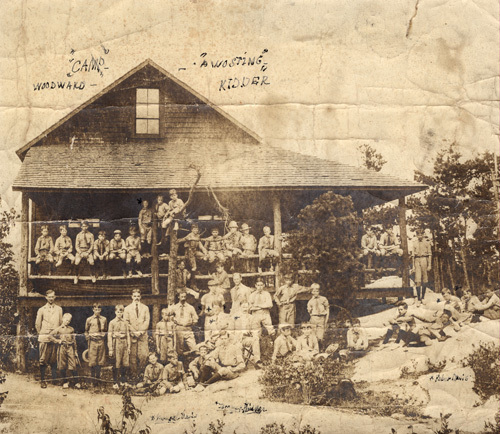 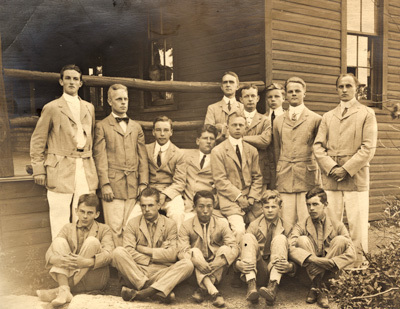