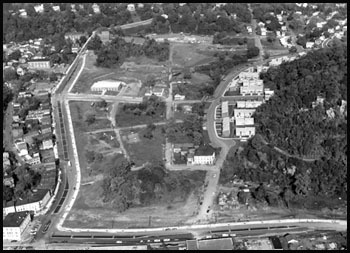 Between 1966 and 1970, approximately 430 Rondout buildings were demolished, along with the social and commercial fabric of the neighborhood. The corner of Spring St. and Broadway is the large intersection at the upper left. As Urban Renewal displaced an entire neighborhood of local customers, the Rehers relied on deliveries to supplement their Sunday business. 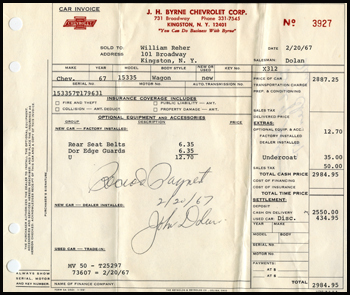 Willie Reher used his new 1967 Chevrolet station wagon to deliver Challah on Friday mornings to the Jewish community uptown, and rye bread throughout the city several times each week. Kingstonians fondly remember that if they were not at home when Willie made his rounds, he would leave them fresh bread on credit. 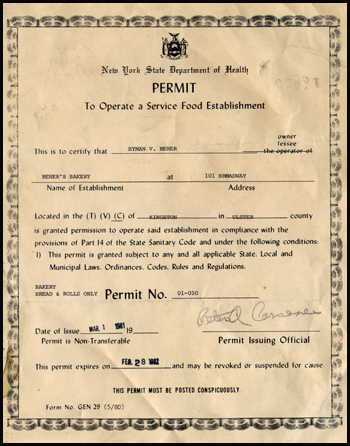 As the Reher siblings aged, it became harder to run their business. Soon after Willie got sick, in 1981, Hymie decided to close the bakery. 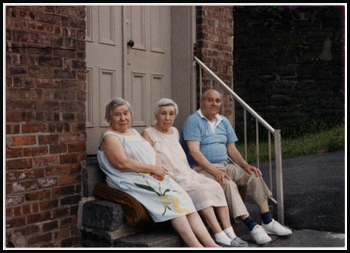 Even after the bakery closed, the Reher siblings continued to relax in the evenings on "Spring Street beach," outside the residential entrance to the building. 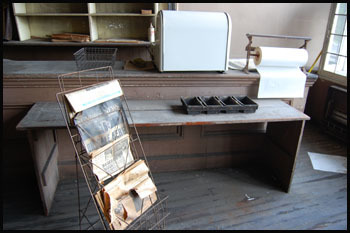 When the Reher family retired to their apartment upstairs, they left a wide assortment of objects on the shelves of their shop. Everything, from oil cans to toilet paper to a sewing kit, dates from between 1907 and the early 1980s. These items have sat collecting dust for the past thirty years or more. 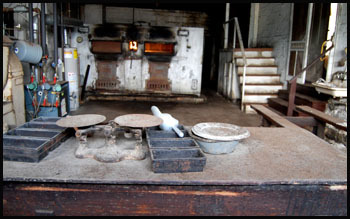 The oven room of Reher's Bakery was the nerve-center of this business. Here, two generations of the family worked to make a living and produce breads that nourished a community. As a museum, we plan to honor the Reher's legacy by revitalizing this space as a 21st century center for community-building through education and public programming. 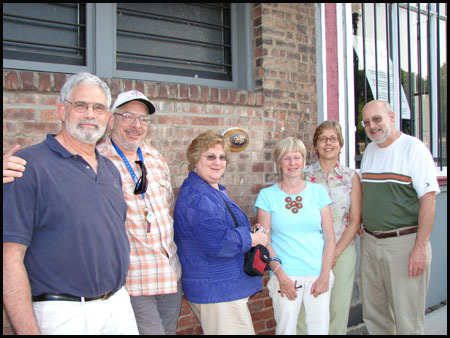 Photograph of the Reher Advisory Committee, 2007

In 2004, a Reher Center Committee formed to stabilize and preserve the building. This photo from July 2007 shows the original committee at the installation of a City of Kingston Designated Landmark plaque on the faÃ§ade of 99 Broadway.  Committee members at that time were, (l-r), Geoffrey Miller, Howard Blas, Barbara Blas, Barbara Cohen, Susan Basch, and Randolph Myerson.