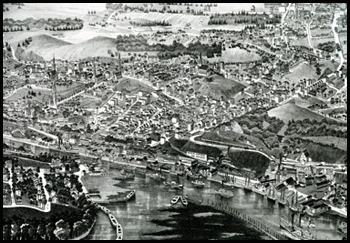 This lithograph is the first known image that shows the current buildings at 99-101 Broadway. 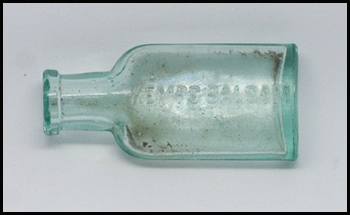 The Cloonan family lived and worked on the site of 101 Broadway according to the Kingston City Directory of 1877. Edward Cloonan's business was "soda water," and his house and business were at "Union av corner Spring." (Union would later be renamed Broadway). 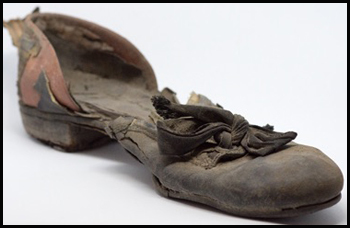 This shoe was discovered in the ceiling of the southeastern wall of 99 Broadway during the 2009 Building Stabilization Project. Burying a shoe in a chimney, wall or ceiling of a new building to protect the inhabitants from evil spirits is a custom dating to the Middle Ages. 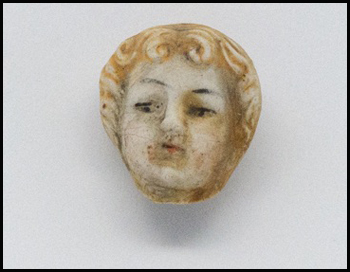 In the early 1900s, several immigrant working families rented the apartments at 101 Broadway. We might imagine that 9-year-old Anna Jordan, whose parents were Irish, was crushed when her porcelain doll’s head broke off, or that Anna Sills, a homemaker living here in 1905, cooked with this plate and spoon (shown below) for her German-born husband and five American-born children. 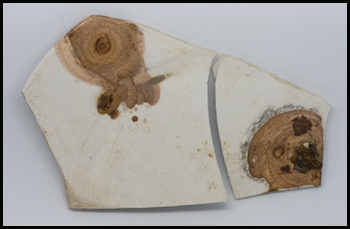 James Van Buren operated a leather, findings and hides business on the Reher Center site from 1883 to 1900. The 1897 Kingston City Directory is the first to list this address as 99-101 Broadway. Van Buren appears never to have lived on-site, but rather uptown 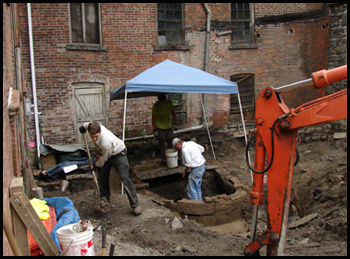 Proposed site drainage work as part of the Building Stabilization Project for the Reher Center triggered a state-mandated archaeology study. Earlier drainage structures and trenches were uncovered along with numerous household artifacts.