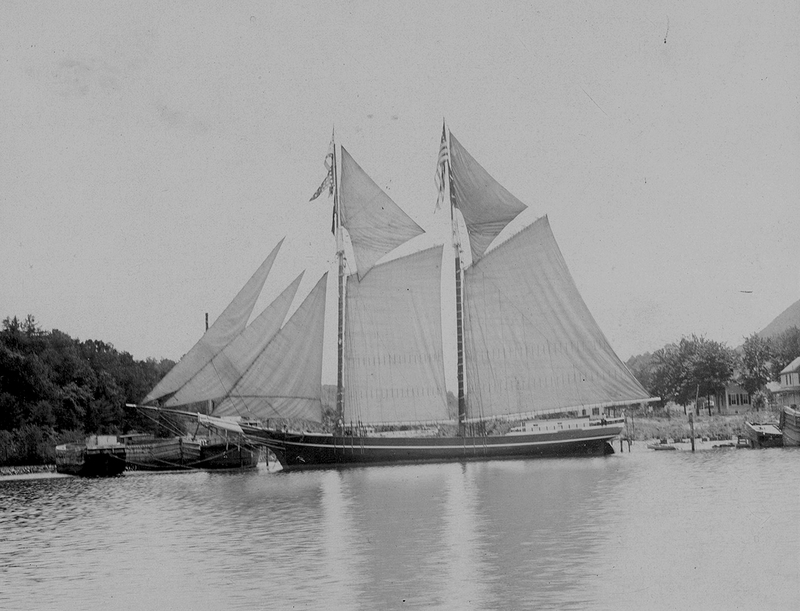 Built in Hartford, Connecticut in 1869 as the Fannie G. Warner, the schooner ran a mixed trade, including bone, ballast, and seed oysters. She was sold to the quarrying firm Gill & Baird in the 1880s, who renamed her Gill & Baird. She continued in operation even after the firm of Gill & Baird dissolved, and then apparently saw some damage in 1894, as the shipyard who repaired her sued the owners for non-payment. In 1895, George Cole bought her for a bargain, and brought her to South Rondout (now known as Connelly) for the freight trade. He renamed her Manchester and Hudson, and she was one of the last windjammers operating out of Rondout. She ran a loop, shipping cement or bluestone from Rondout to Boston or Providence, then delivering empty barrels to Long Island for the fish oil business, and picking up rubbing sand for bluestone manufacturing. The Cole family operated the Manchester and Hudson until 1912, when she was sold back to Hartford, Connecticut and renamed Brownstone, carrying mostly brownstone for the building trade, but sometimes dabbling in seed oysters and other products. Brownstone sank in 1915 with all hands, but was raised and put back into service. In 1920 she was sold to Virginia, but by the 1930s she was in the Chesapeake, where she rescued the crew of another sailing vessel in 1931. In 1940 she returned to Virginia where she remained on the register until 1962, after which she fades from history. 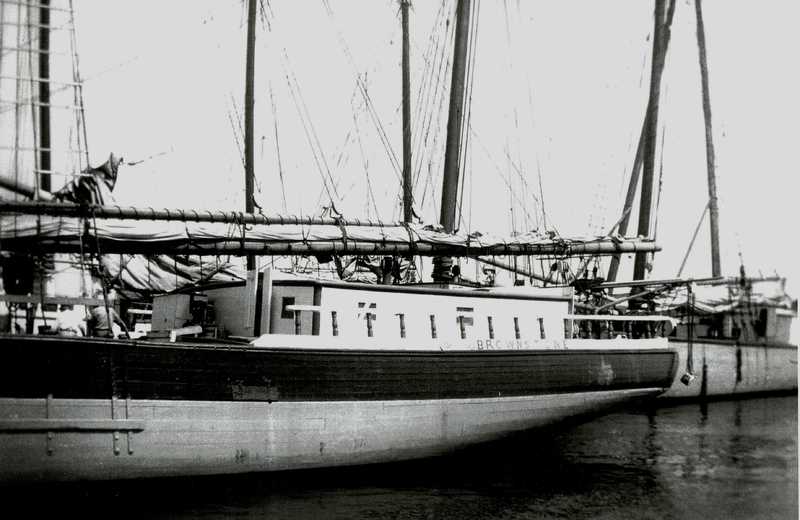