By the 1960s, the few remaining sailing vessels in operation were almost all engaged in naval training. Most nations with professional navies maintained sail training programs in part to maintain pride in traditional skills, but also to teach cadets to sail without technology. Navigating by the stars, learning to read paper charts, and braving the weather were all part of preparing cadets for careers in the modern navy. 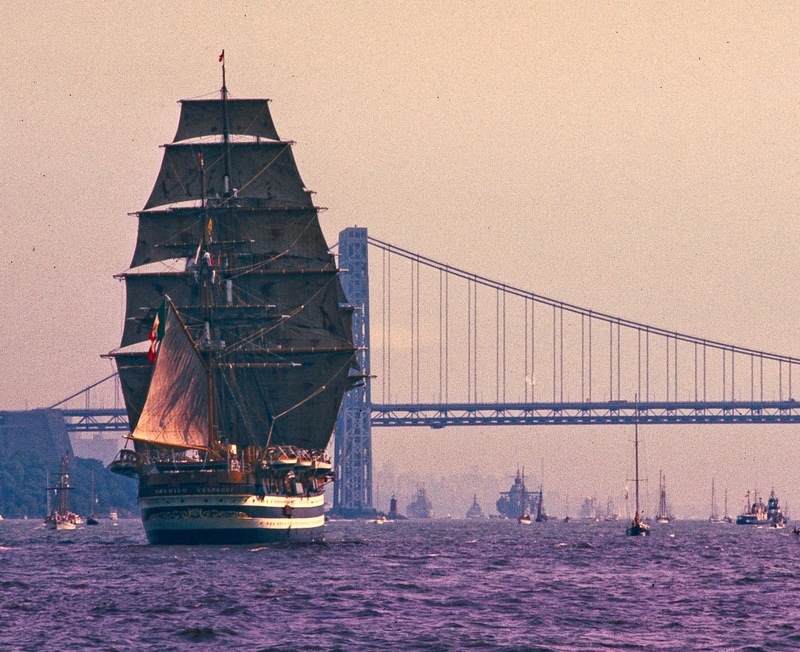 As sailing vessels disappeared from ocean and inland waters, ordinary people organized to try to save the few that were left, and revive some of the dying traditions. The American Bicentennial, held in 1976, helped spur huge interest and investment in historic preservation, history education, and historical research. Nonprofits like Operation Sail held tall ships events at the 1964 New York World’s Fair, a 1976 Bicentennial Parade, and the 1986 Statue of Liberty Centennial celebration. Aside from the Hudson River Sloop Clearwater, who briefly considered sail freight as an operations plan before choosing environmental education, these vessels were all naval training or historic preservation projects. 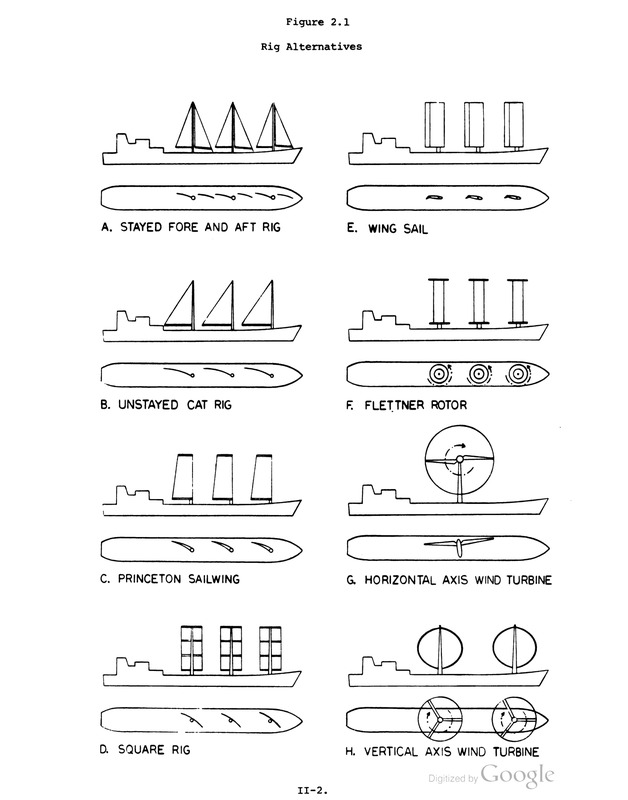 REACTIONS TO THE OIL CRISIS

While historical research and nostalgia helped spur public interest in sailing vessels, the burgeoning Oil Crisis of the 1970s helped put sail freight back on the table. As a result of high oil prices and shortages, many countries funded sail technology research. New sail types such as wing sails and flettner rotors were developed alongside more traditional designs. Ships were redesigned from every angle for fuel efficiency overall, and existing ships were retrofitted with sails to reduce operating costs.

Sail-assist vessels were successfully used in Fiji, Japan, the Caribbean, Europe, and the United States. But, the end of the Oil Crisis removed the incentive to continue most of these projects as oil prices fell. 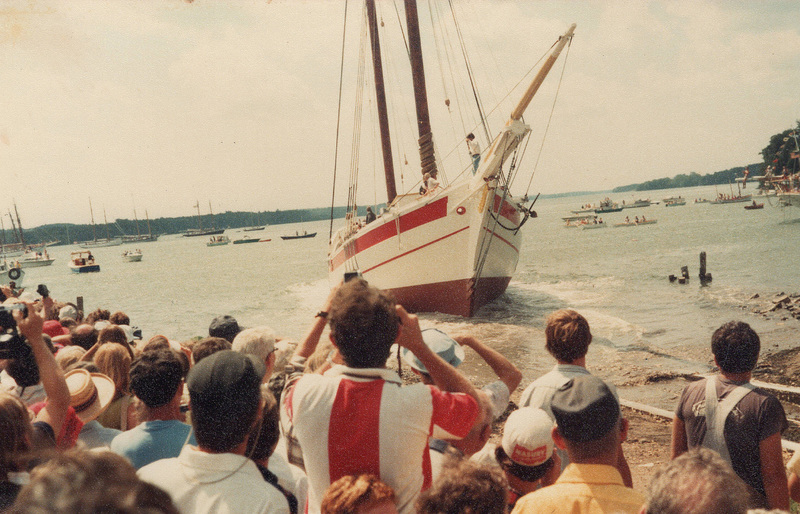 One of the most ambitious endeavors of this era was the launching of the schooner John F. Leavitt in Maine. The first engineless cargo vessel launched in the US for decades, she was funded and built by Ned Ackerman, an amature sailor. She launched in late 1979, and took her first cargo in January 1980, lumber and industrial chemicals bound for Haiti. Crewed and captained by amatures, she foundered in a Nor'easter off Long Island, with the crew rescued by helicopter. The voyage had been covered in much of the national press, and this very public failure set the idea of sail freight back significantly. Ackerman recorded the entire process of the schooner's construction and voyage on video, which was later made into the movie "Coaster" in 1983.

Although the failure of the Leavitt and the end of the crisis stalled sail freight research worldwide, the lessons learned during the Oil Crisis era have proven useful as windships set sail again.