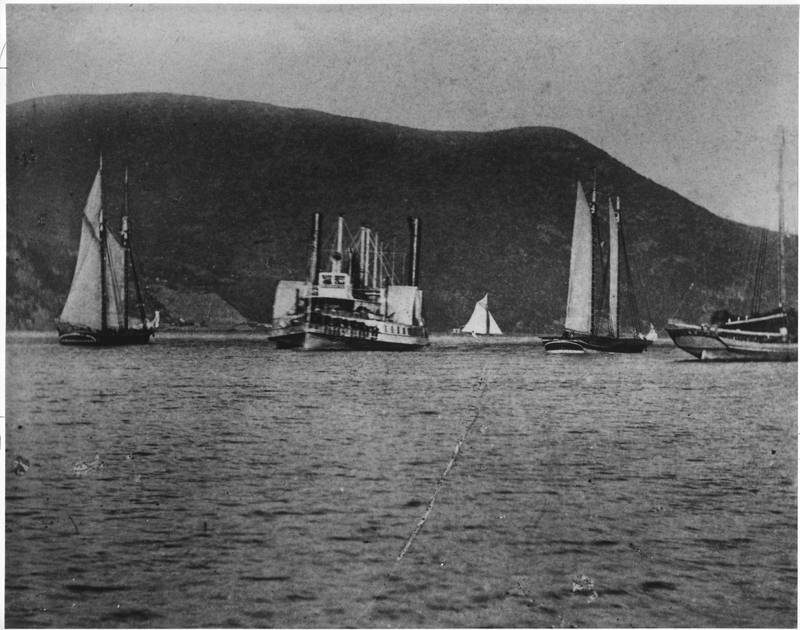 As the 19th century wore on, steamboat technology became more and more efficient. Initially restricted largely to passenger and mail service, by the American Civil War steamboats were in the towing business as well. Repurposed passenger steamboats, towboats, and tugboats were able to tow long strings of river barges and other vessels, up and down the Hudson River on a timed schedule. For many heavy and bulk cargoes, especially those bound for coastal or ocean sailing, sailboats remained an efficient and cost-effective way to move goods. 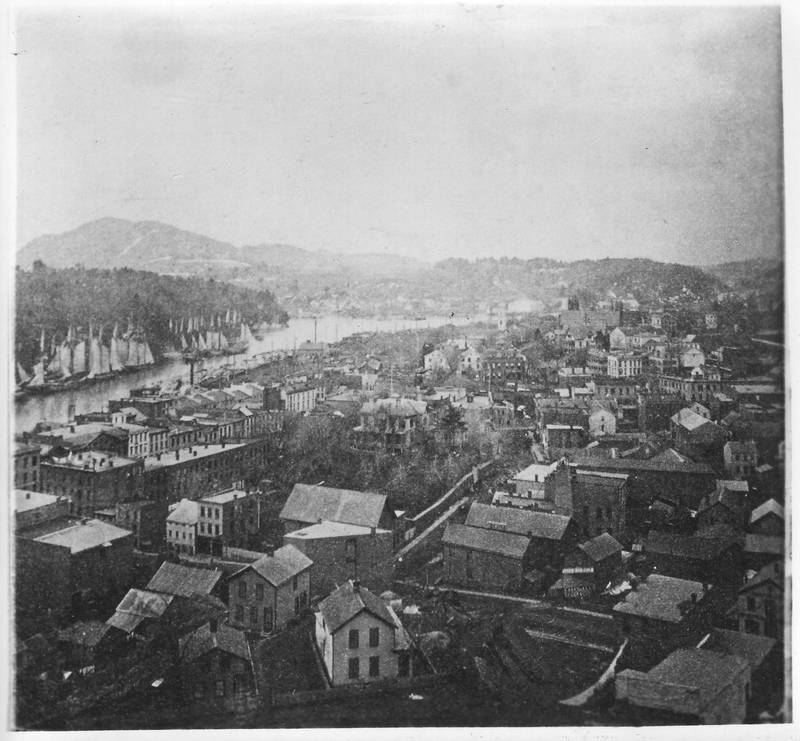 The competition from steamboats forced sail freight vessels to maximize efficiency. As labor costs increased, it became even more important to reduce the number of crew required to operate a vessel. Hudson River sloops became less common, as they required more crew to manage the enormous main sail. By the late 19th century, schooners became the dominant sailing vessel on the Hudson River and coastal waterways. With two or more masts, these vessels were more nimble and required fewer crew. By the turn of the 20th century, ocean-going vessels like the six-masted collier Wyoming were being constructed with state-of-the-art systems like telephones and mechanical winches to allow smaller crews to sail more efficiently. 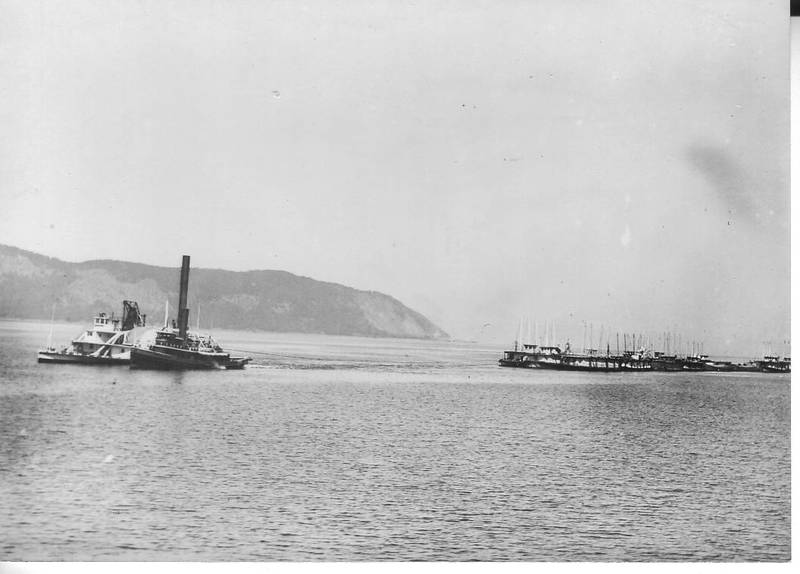 IN IT FOR THE LONG HAUL

Because commercial steam traffic existed on the Hudson River the longest, steamboats and sailboats operated on the Hudson side-by-side for over 120 years, often in a symbiotic relationship. In Kingston, Hiltebrandt’s shipyard built wooden canal and river barges towed by tugboats from the hugely influential Cornell Steamboat Company, located just downstream on Rondout Creek. But where did the wood to build all those barges come from? It was delivered from as far south as Georgia and Florida on board sailing vessels - some so large they had to be towed in and out of the narrow Rondout Creek.

The capabilities of sail freight vessels on the ocean - either in coastal trade or ocean crossings - meant that they remained in use well into the 20th century. Bulk cargoes like grain, coal, lumber, stone, bricks, and cement were not perishable, so journeys could take weeks or months without damaging the cargo. Cost was more important than speed. The longer the distance, the more fuel (and expense) a steamboat would need. By using the wind and tide, sailing vessels stayed competitive for freight hauling on long distance routes until the 1950s.

← The Industrial Revolution Was Built By Sail
Where Have All the Sailboats Gone? →
Incentive to Excel