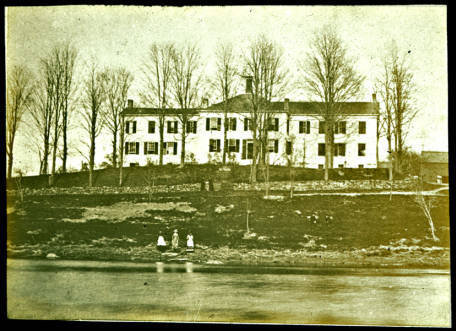 New Paltz Academy, established in 1833, was governed by a Board of Trustees. The first Board included members; Douw Van Olinda, Jacob I. Hasbrouck, John Bogardus, Benjamin Van Wagenen, Levi Hasbrouck, Solomon E. Elting, Peter Elting, Josiah Dubois and Jessie Elting. The Board was in charge of not only collecting donations for the Academy but hiring teachers and the principal as well as electing other trustees. The board originally began with nine members but eventually expanded to 15 members. Each year they held elections by ballot for new members. They also chose a president, secretary and treasurer for the institution.

The faculty of the Academy was composed of trained professionals, many of whom had studied in teaching institutions throughout the United States and abroad. They mainly taught in the highly regarded teaching method of the time known as recitation. Their salary was based upon the cost of each course and the tuition of each quarter, which constantly fluctuated. For example, one mid-nineteenth century teacher, Frederick R. Base, received $552, while his brother Robert, received $400 during the same quarter. The faculty appeared to be somewhat transient due to staff often transferring to other institutions. Each department had a chair.

The academic year was divided into four quarters, usually beginning in late August. Students paid their tuition each term. For example, the tuition in 1835 was $3.00. Room and board was $1.50 per week, which included a room with a mattress or feather bed. In 1835, the most expensive course of study was piano which was $10.00, with an additional $2.00 required to pay to have a piano they could practice on. After 1835, room and board at the Academy included a kitchen, laundry facility, hot water and heat. Tuition charges were dependent on the quarter in which the student was enrolled. As the school became larger, prices increased. In its early years, the Academy offered classes in drawing, French, music and basic reading and writing, but developed as the school branched out in 1864. By that time classes were offered in: algebra, trigonometry, geometry, basic arithmetic, philosophy, speech, music, history, Greek, Latin, geography, basic reading and writing, bookkeeping, botany, mental science, recitation and astronomy. 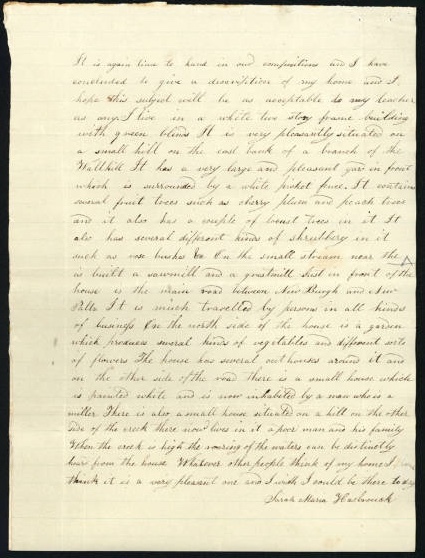 Sarah Maria Hasbrouck, wrote this composition about her residence at Locust Lawn while she was attending the New Paltz Academy. In this composition Sarah Maria describes her residence and the surrounding area in detail. She writes about the road (now Route 32), trees and plants that can be found around the house. This composition is unedited, another writing also describing her residence was found at the end of her composition book with several grammatical changes.; Sarah Maria Hasbrouck, the first child of Levi and Hylah Hasbrouck, was born on November 12, 1823. Sarah Maria was in one of the first classes at the New Paltz Academy which was founded in 1833. She attended the Academy when she was 12 years old. Her composition books are beautifully written and describe in great detail trips abroad that she may have taken when she was very young, although it is unclear when and with whom she traveled. 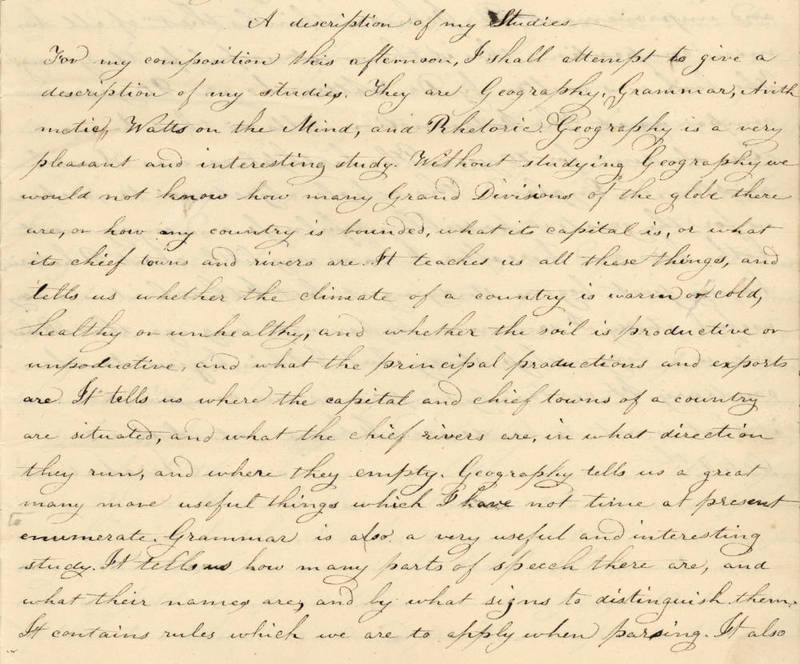 School composition written by Sarah Maria Hasbrouck about her studies at the Academy. 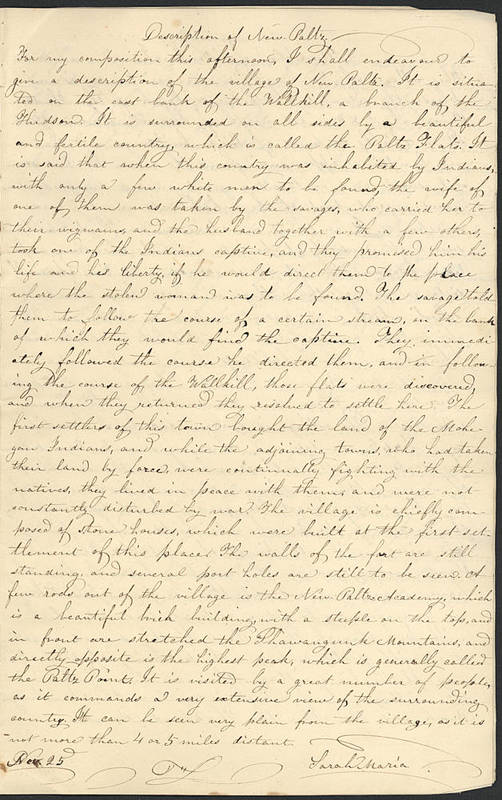 Sarah Maria Hasbrouck writes a composition describing the Village of New Paltz in the early 1830's. 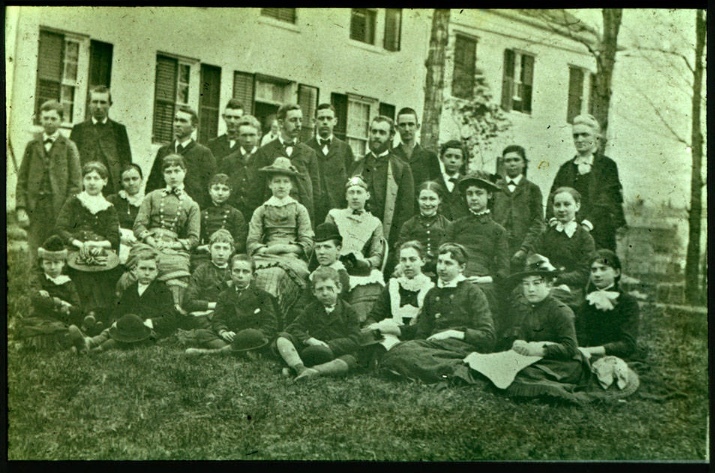 Students sitting in front of the the New Paltz Academy, c. 1860. 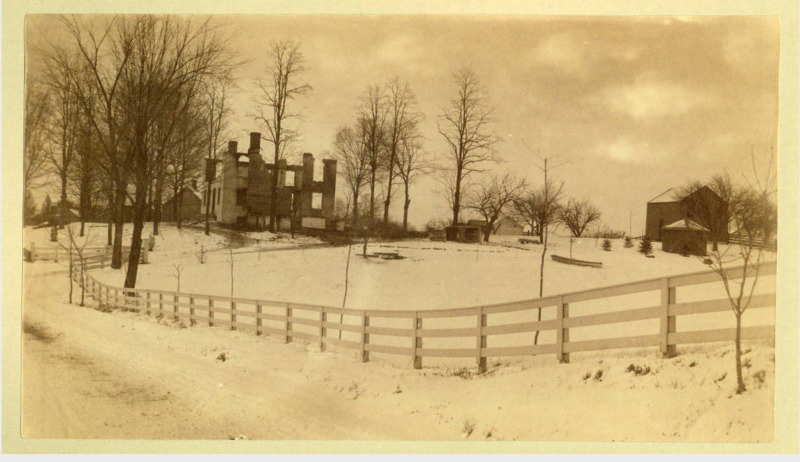 This photo shows the remains of the New Paltz Academy after it burned to the ground on February 28, 1884.