Images of Locust Lawn through time 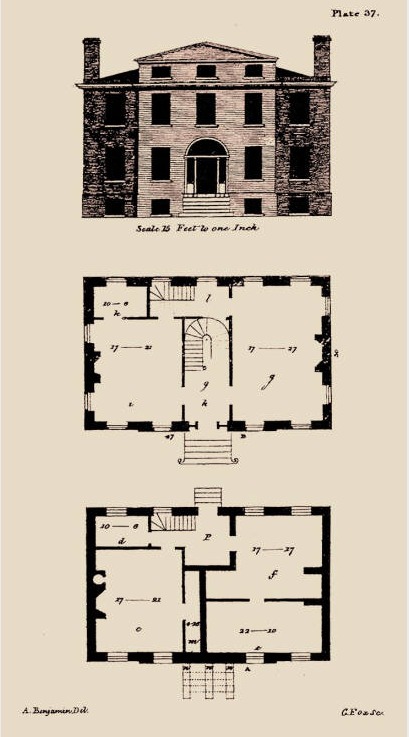 The architecture of Locust Lawn was influenced by the designs of Asher Benjamin (1773 -1845), a New England architect who helped popularize neo-classical design for ordinary builders. In America this was known as the Federal style. While serving as a congressman in Washington, Josiah Hasbrouck probably came into contact with Benjamin’s 1806 pattern book, The American Builder’s Companion; or, a New System of Architecture where he was introduced to new ideas in house building.

Plate 37 from a pattern book, showing the front facade, first and second floor plans. Written on the top right corner is 'Plate 37.' and along the bottom is written 'A. Benjamin Del.' and 'G.EoxSc.'. Below the top image of the front facade is written 'Scale 15 Feet to one Inch.'; Locust Lawn (The Josiah Hasbrouck House), an early nineteenth-century American house, front (west) side was derived from an illustration (Plate 37) in a contemporaneous builder's pattern book. Plate 37 was created by Asher Benjamin's in 'The American Builder's Companion or a New System of Architecture', first published in 1806. The west facade of Locust Lawn copies all the salient elements of Benjamin's charming villa design-the one:three:one rhythm of the bays; the fenestration; the placement of a central, arched doorway; the fenestrated raised basement; the end chimney; and most significantly, the raised attic and pediment crowning the central three bays. Evidence of the copyist's zeal and literal transcription of Benjamin's design appears in the roof as well as the blind oval windows "glazed" with wood in the pediment. Asher Benjamin (June 15, 1773 – July 26, 1845) was an American architect and author whose work transitioned between Federal style architecture and the later Greek Revival. His seven handbooks on design deeply influenced the look of cities and towns throughout New England until the Civil War. Builders also copied his plans in the Midwest and in the South. 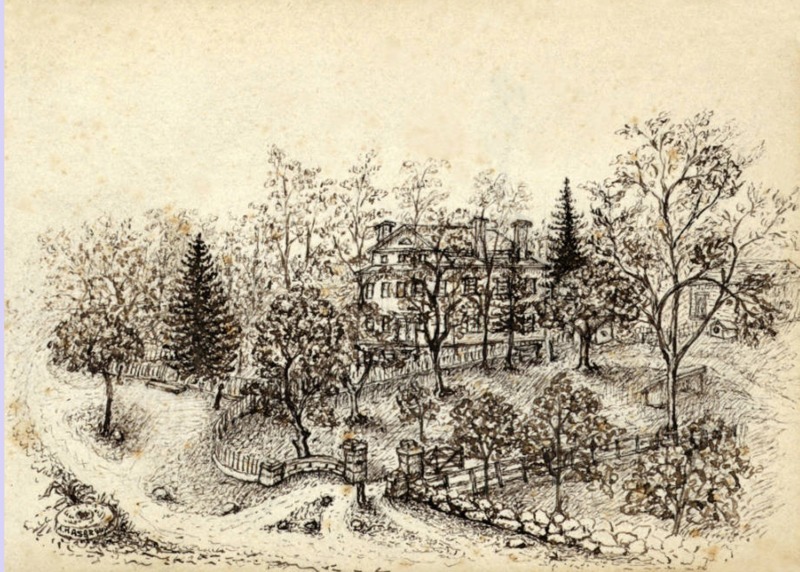 This 1839 sketch of "Locust Lawn" was found in a pocket-sized, leather-bound sketchbook which contains ink drawings of local historic sites and stereotypical cartoon images drawn by Dr. Alfred Hasbrouck, amateur artist and physician of Poughkeepsie, Dutchess County, NY. In this sketch, a road is visible, which is Route 32 today. The house is surrounded by a fence with a stone entrance and wall on the right hand side. Several out buildings are also visible in the upper right hand corner, including a well house, which is still standing at Locust Lawn, the Josiah Hasbrouck House today. Several trees are visible through out the drawing as well. 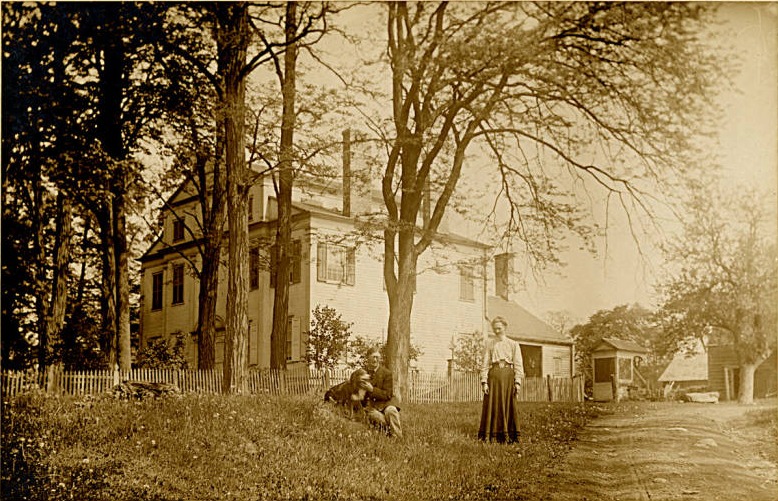 The individuals shown in this photograph are Mrs. Alice Smedes Conklin and her brother Sam Smedes, who is holding a dog. A fence, which has since been removed, is behind the two individuals. Outbuildings, including a well house can be seen in the right hand corner of the photograph, along with an apple tree; the well house and other outbuildings, can still be seen at Locust Lawn today.

The photograph is inscribed on the reverse: “Locust Lawn Mrs. Conklin & S. Smedes”. The picture was taken shortly after the Conklin family began residence as caretakers of the property in 1909. The 1920 census shows Emery Conklin, Alice's husband, as head of the household, then 46; Alice, also 46; their two sons, Edwin R., 23, and Ralph S., 18; and a single brother-in-law, Samuel Smedes, 42. On the census Emery's occupation is listed as a dairy farmer, he continued to rent the Locust Lawn farm for his business until 1939. 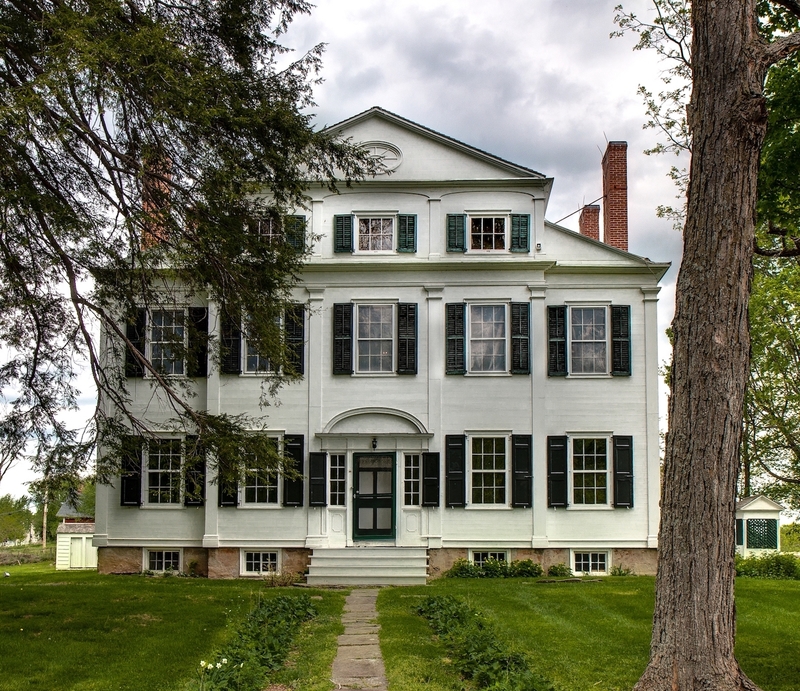 Locust Lawn as it appears today.

← Games and Toys
Acknowledgements →
Images of Locust Lawn through time