The 1817 New York emancipation act legally abolished slavery for most in the state effective July 4, 1827. As was common at the time, Jane took the surname of her slave owner.

According to the records of the Reformed Church of New Paltz, Jane Deyo married Thomas Wynkoop in January 1827, just six months prior to emancipation. Thomas had been enslaved by Dirck D. Wynkoop, who, as mentioned before, had a substantial wheat farm, enslaving more people than any other slaveholder in New Paltz.[1]

After their marriage, Jane and Thomas soon had a son John. Their second son, Jacob, was born in 1829.

Detail of page showing the marriage of Thomas Wynkoop and Jane Deyo, January 13, 1827 (fourth from top). Records of the Reformed Church of New Paltz.

The 1830 census lists Thomas Wynkoop as a “free colored person.” While not named, Jane and their two sons, John and Jacob, are counted in the census. The family lived on what is now Water Street, probably in a house for workers at the nearby mill.[2] 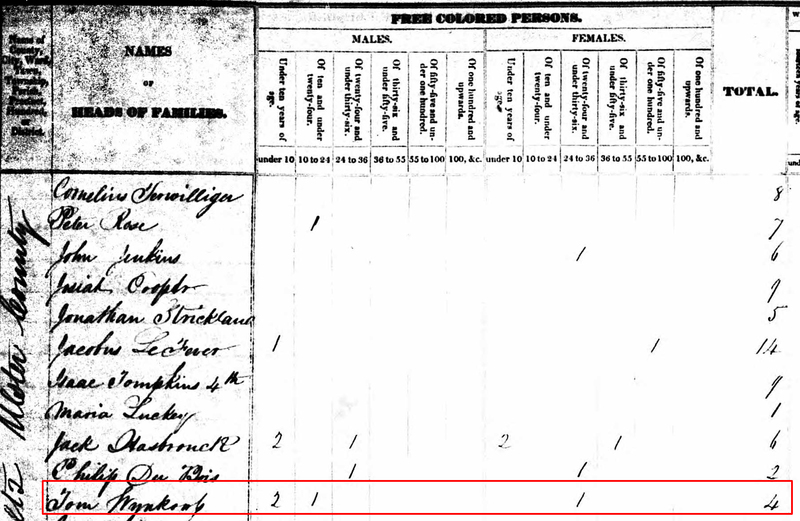 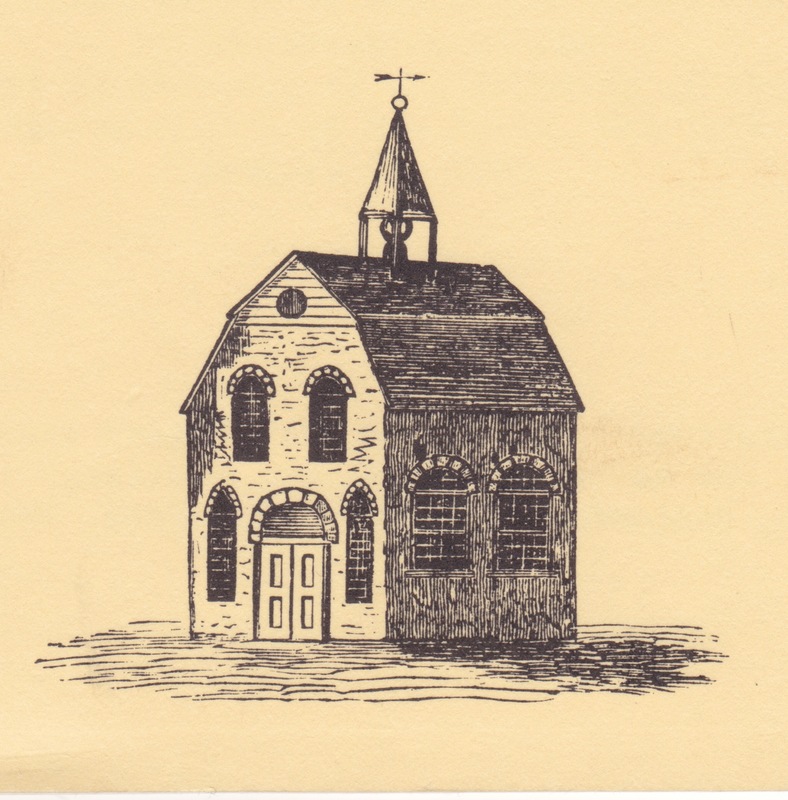 An 1860s drawing based on memories of the second stone church, dedicated in 1773 and demolished in 1839. Reproduced from William B. Rhoads,Â An Architectural History of the Reformed Church of New Paltz, New YorkÂ (1983).

Baptisms of slaves did occur in the Dutch Reformed Church early on in the New Netherland colony (after the English takeover in 1664, it became the province of New York). However, fearing that enslaved Africans would adopt Christianity only to secure their freedom, the province declared in 1674 that enslaved blacks who converted to Christianity would not be freed. Despite this, evangelizing enslaved Africans by members of the Reformed Church was not common in the 18th century. Even if encouraged, the enslaved might well have rejected the faith, noting the discrepancy between Christian teachings and the subjugation they endured at the hands of white Christians.[3]

In the years leading up to the legal abolition of slavery in New York in 1827, however, the names of “people of couler” began appearing in the records of the Reformed Church of New Paltz. This suggests a paternalistic attitude, encouraging the spiritual development of soon-to-be emancipated slaves. Indeed, the General Synod (the governing body of the Reformed Church of America) resolved in 1816 that “the blacks within the bounds of our congregations be enumerated as part of them, excepting those who belong to other denominations.” [4]

Jane and her family seem to have adopted Christianity as their faith. A year before Jane’s own marriage in 1827, her mother was listed as having married Philip S. DuBois at the Reformed Church in New Paltz. The family probably attended services there as well. Later in life, Jane’s son Jacob recalled attending Sunday school as a child in 1835 in the church on Huguenot Street. Soon after, a new, much larger brick church was built in 1839. An early diagram of the floor plan shows segregated seating for “coloreds” in the far top corners of the balcony.[5]

In 1848, Jane and her elder son John were listed as members of the “Old Paltz Village” Methodist Episcopal Church, suggesting they were considered spiritual equals in an integrated, white-dominated congregation. After the Civil War, however, the family shifted their attendance to an African Methodist Episcopal (A.M.E.) Zion Church congregation, established in New Paltz in 1871. The A.M.E. Church (originating in New York City around 1800) greatly expanded in the U.S. at this time, helping to build community and develop leaders among free black populations. In 1883, Jacob himself built the Parsonage for the New Paltz A.M.E church. John was a leader in the congregation and led prayer meetings at the church and in his home.[6]

An 1810 New York State law required that enslaved children be taught to read, or the master had to emancipate the individual at age 21. Some slaveowners did provide this basic education in the years leading up to emancipation. John Hasbrouck, enslaved by Josiah Hasbrouck (mentioned earlier), appears to have learned to read, write, and do arithmetic, probably during his youth. This is evidenced by the account books that John kept throughout his life, as well as subscriptions in his name to a local newspaper and the Christian Intelligencer, published in New York City by the Association of Members of the Protestant Reformed Dutch Church.[7]