Warren Delano (b. 1809), grandfather to President Roosevelt, descended from a long line of seafaring Delanos. Warren inevitably followed in his ancestors' footsteps and became an apprentice at a Boston merchant bank and shipping firm. At this time he built connections with other men who would proffer opportunities to make the profitable investments that allowed Warren to count his family one among the four hundred wealthiest families.

Warren left the United States in 1833 to follow the trading routes the Delanos had already developed. Warren ventured to South America, the Pacific Islands and then on to China. In Canton he replaced Samuel H. Russell of the Boston tea company Russell and Company. Warren lived in China for nine years, earning the position of Chief of Operations for Macao, Canton, and Hong Kong. His greatest achievement was the expansion of Russell & Company’s trade in opium.

Read the Russell and Company Agreement. 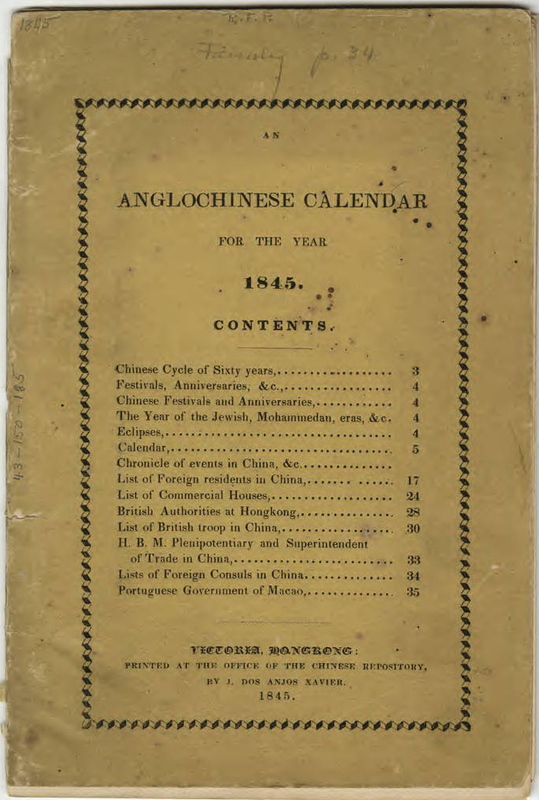 While extremely profitable for the company, the opium trade proved a complicated matter. In 1836 the trade had been declared illegal by the Chinese government. Nevertheless, the trade grew as a result of the twelve million opium users in China. Russel & Company and other foreign opium traders took full advantage despite issues of legality, leading to the opium wars of 1839-42. At the factories of Russell & Company, eight thousand Chinese men stormed the factories in protest. Only a local militia could to subdue the mob. Ultimately China lost control over the opium trade and allowed free and open trade. 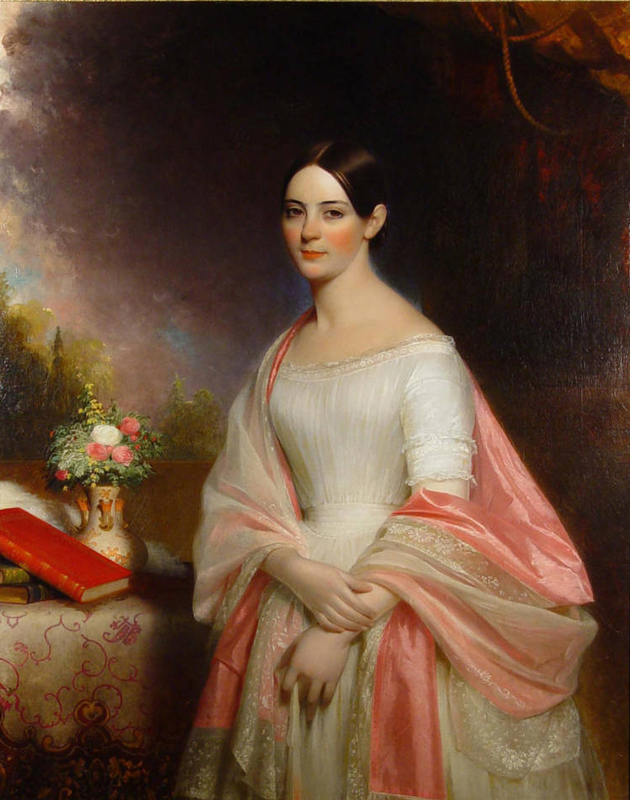 Warren returned to the United States at age 33 a very wealthy, and thus a suitable, match for aristocratic young women. He was home only a brief time in 1843 when he married Catherine Robbins Lyman,  the daughter of a Massachusetts Supreme Court Judge. They sailed immediately to China and remained for three years. However prosperous life in China may have been, Warren Delano did not plan on remaining permanently. He sought a retirement with the intention of remaining an investor and bringing his wife home to a fashionable Colonnade Row house in New York City. 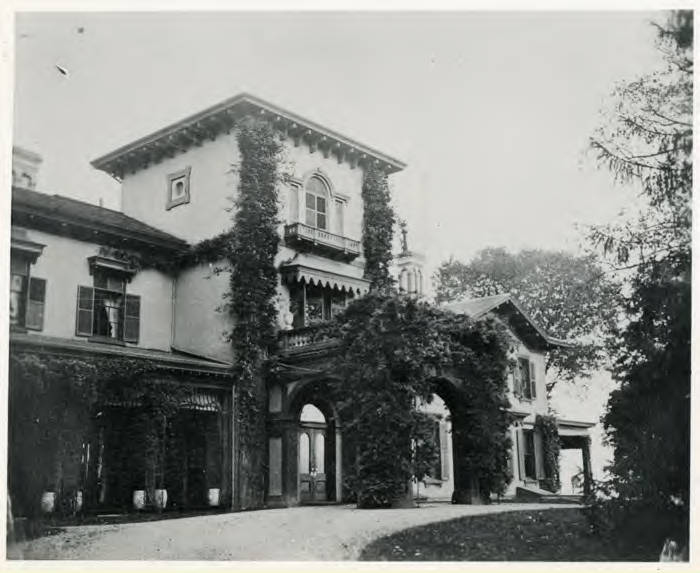 Despite his intentions, Warren was called out of retirement by Russell and Company to briefly return to Hong Kong. Warren decided to settle his growing family in the comfort of the country while he was away. He selected the Hudson Valley and settled his wife and children into a rented home with his bachelor brother Edward. Once Warren returned home, he purchased an estate at Danskammer Point above Newburgh which he named Algonac, a word he derived from an Algonquin word meaning "hill and river." Algonac was convenient to the train that ran from Manhattan to Poughkeepsie, allowing Warren to journey into the city as his business ventures required.

Unfortunately Warren Delano’s wealth evaporated in the panic of 1857, forcing him to put Algonac up for sale. However, because nearly every American was affected by the panic, no one could be persuaded to buy the property. Warren chose to return again to China to recoup his fortune and arranged to spend five years trading once more in opium. Many scoffed at him, believing that the economic climate was such there were no opportunities to earn a fortune. Experience had taught Warren Delano otherwise, and he was confident that he could maintain his remaining assets and regain the losses of the investments that crashed. It was the Civil War that saved Warren Delano's wealth.

Warren Delano and other wealthy families along the Hudson River, including the Roosevelts did not experience the losses of the war as others did, in part because the gentlemen did not fight. The wealthy living along the Hudson River remained untouched by the havoc experienced by of the rest of the country. Warren Delano contributed to the Union war effort by shipping opium to the Medical Bureau of the U.S. War Department. While this contribution has been hailed as a humanitarian effort to ease the pain of the wounded and dying, the fact remains that Warren Delano was able to recoup his wealth from the trade in opium. 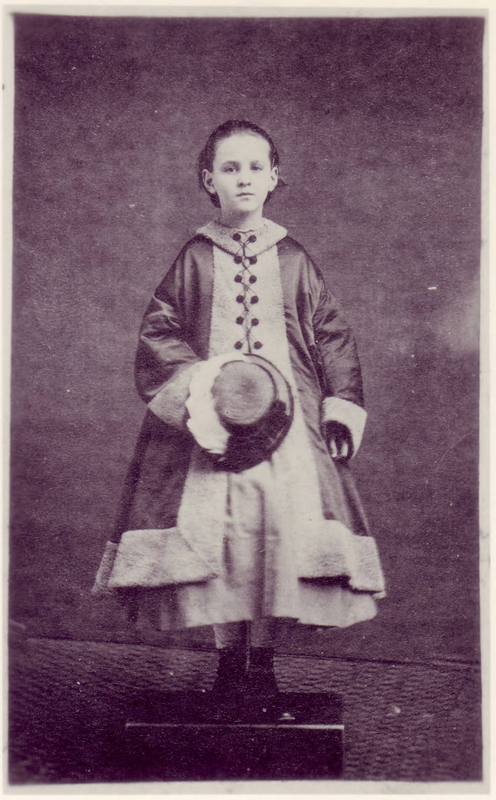 For the duration of the Civil War, Catherine and the first seven Delano children sailed to China to join Warren. Sara Delano, later to become the wife of James Roosevelt and mother of President Roosevelt, was seven at the time of the voyage. Unfazed by the irregularity of being at sea, Catherine made sure that her children continued their education. When not completing their school lessons, the Delano children enjoyed sliding across the pitching deck, learning to tie knots and the basics of ship navigation, swinging from ropes, and using signal flags to communicate across the length of the ship. Sailing on her father"s ship, The Surprise, was one of the most thrilling events of Sara Delano Roosevelt’s life and an experience she would surely have shared with her son who so admired his family’s maritime history.

After a voyage that lasted a little over four months, the Delano family arrived in Hong Kong and traveled a short distance to the Rose Hill home located in a community comprised of American and European families. Aside from a very occasional trip to a neighboring estate, the Delano children were ensconced inside the walled yard of Rose Hill. Their experience of Chinese culture was minimal. Warren additionally prevented his children from learning the Chinese language is an attempt to shelter them from insults. After an exciting adventure on the sea, living in China had to be comparatively dull.

In 1864 the eldest four Delano children returned to the United States in order to properly continue their education. In was not long after, however, that they had further sailing adventures on their way to Europe to study in prestigious schools. Sara attended school in Paris, but she would be reunited with the whole of her family during holidays when they toured Europe.