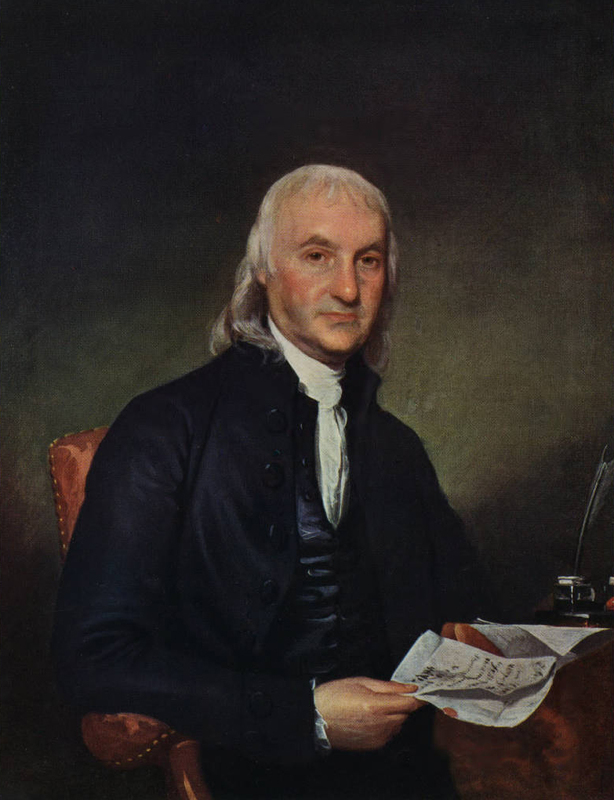 Isaac Roosevelt (b. 1726) was perhaps the most heralded of Franklin Delano Roosevelt’s ancestors. It was he who first attained political fame and cemented the family’s place in American aristocracy.

Isaac’s father Jacobus Roosevelt (the grandson of Claes) brought the family to the Hudson River Valley in summers to escape the diseases that overtook New York City. It was on such occasions that Isaac became acquainted with the neighboring Hoffman family, one of the first prominent Hudson River families. Cornelia Hoffman and Isaac married in 1752 at the Dutch Reformed Church of Rhinebeck and settled in New York City where he made his fortune in the business of refining sugar. Isaac's marriage brought him attention from the higher levels of society, and his business acumen earned him respect. 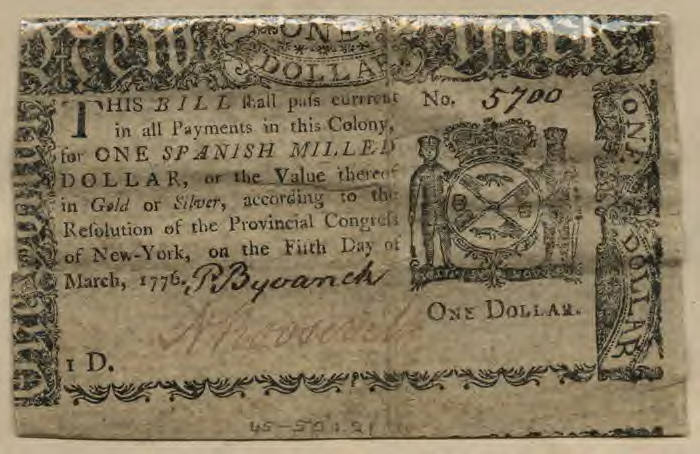 As the American Revolution drew near, Isaac joined the patriot cause. He fled New York City for Kingston, leaving his property open to the abuses of the loyalist citizens and the British army. Isaac was not a Son of Liberty as his station in life lifted him above the lawbreaking and radical actions of this group of men. Instead Isaac was called upon to rally the young gentlemen within his circle to take up arms and become officers in the Continental Army. Isaac himself at the age of fifty marched with the Sixth Regiment of Dutchess County Militia. View this dollar bill from the American Revolution.

In 1774 Isaac "The Patriot" was selected for a New York Assembly committee whose duty it was to decide and organize actions taken against the British. Ultimately the colony chose to join the other rebelling states which raised the need for the development of the Provincial Congress in which Isaac served. In the spring of 1775, delegates convened in New York City.

The first problem facing the new Congress, and perhaps the most desperate, centered on defending the Hudson River from the British Royal Navy. Because the river divided the thirteen colonies into northern and southern halves, whoever controlled the river dictated which ships could journey inland to supply the armed forces. Initially the Continental Army was no match for the superior power of the combined British Army and Navy, which ultimately led to the loss of New York City. Thereafter, the Congress was constantly moved among Albany, Kingston, Poughkeepsie, and Fishkill as it sought to evade the encroaching British forces. These localities are among those included in Isaac's paychecks, now housed at the FDR Presidential Library. 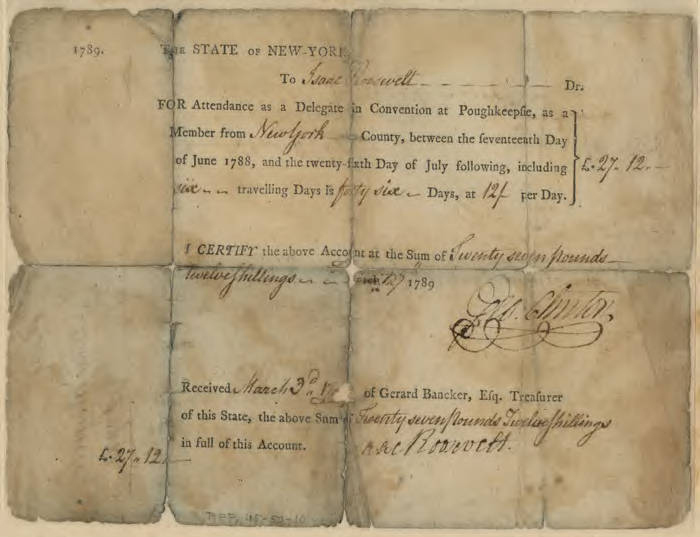 Following the Revolution, the new nation's finances were in shambles. Isaac Roosevelt was one of the first proponents to encourage bank development, leading him to become one of the thirteen original directors and later Bank President of the New York State Bank. Isaac Roosevelt's work at the State Bank allowed him to work alongside Alexander Hamilton who expressed to Roosevelt his Federalist principles. Isaac grew to adopt the same thinking and together with John Jay and Robert R. Livingston, they journeyed to Poughkeepsie for the New York State Constitutional Conventions. Alexander Hamilton became the voice of the Federalist cause while Isaac Roosevelt stood in the wings as a compromiser, helping to ratify the Constitution upon the promise of an addition of a Bill of Rights. This accomplishment was Isaac’s last significant act before his death in 1796.