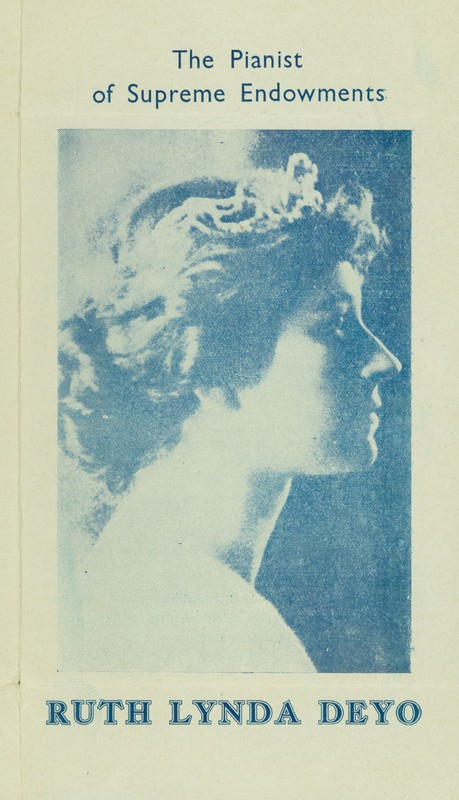 The life and legacy of Ruth Lynda Deyo is difficult to fit into one category: she was a pianist, composer, intellectual, international traveler, lecturer, and artist drawn to mysticism and the occult. Ruth’s many letters and other archival documents tell a story of a truly unique metaphysical soul; they indicate that her life mission “was to disseminate a message of cosmic and metaphysical significance through music.”[1]

Ruth Lynda Deyo was born in Poughkeepsie in 1884 to Peter Deyo (1852-1908) and Ida Florence Woolsey Deyo (1855-1896). Ruth began her music career at the age of nine, when she performed a recital of her own compositions in the Assembly Hall of the Women’s Building at the World’s Columbian Exposition in Chicago, Illinois.  Thereafter, she studied under William Mason and Edward MacDowell, two highly regarded composers and teachers from the Romantic period in New York.[2] At the age of eighteen, Ruth took her first international trip to Germany to study with Varette Stepanoff, expert pianist and music teacher, and continued to study and perform throughout Europe and in the United States. Ruth’s biggest adventure began the latter half of her life, when she moved to Egypt, met her husband Charles Dalton, and composed her opera entitled The Diadem of Stars. Charles Dalton became sick in the early 1950s and, although Ruth continued to work toward full production, she suffered a series of strokes. She passed away in 1960 at the age of seventy-five without her opera ever having been completely staged. 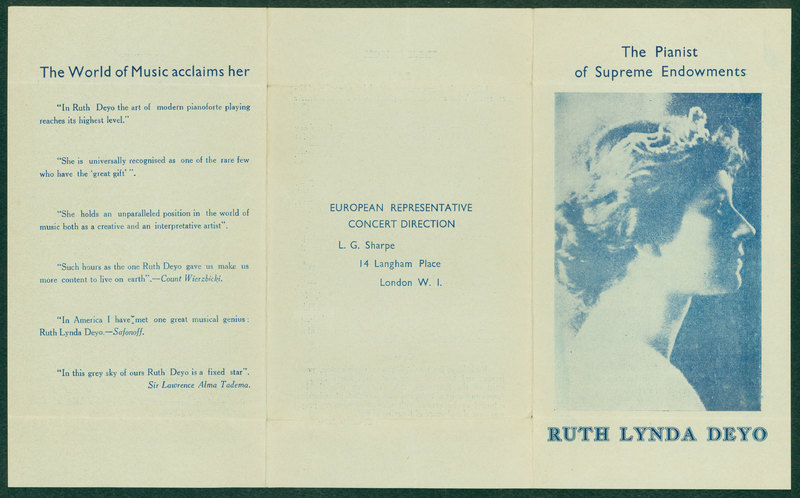 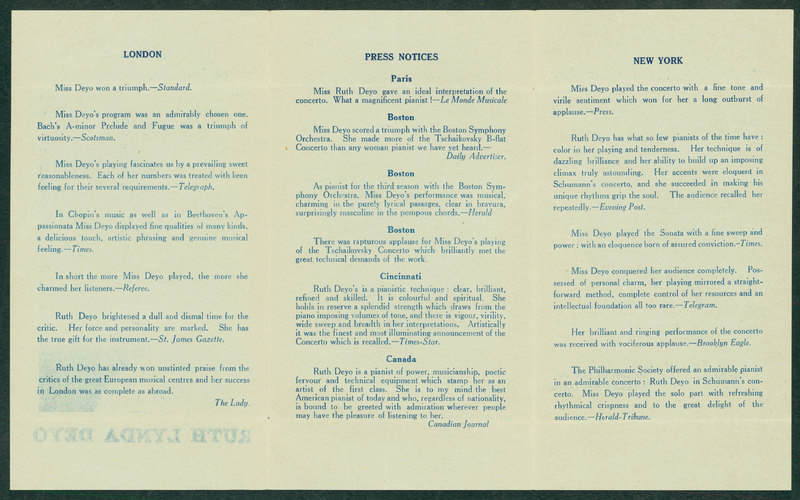