The Sheils Family of Lackawack 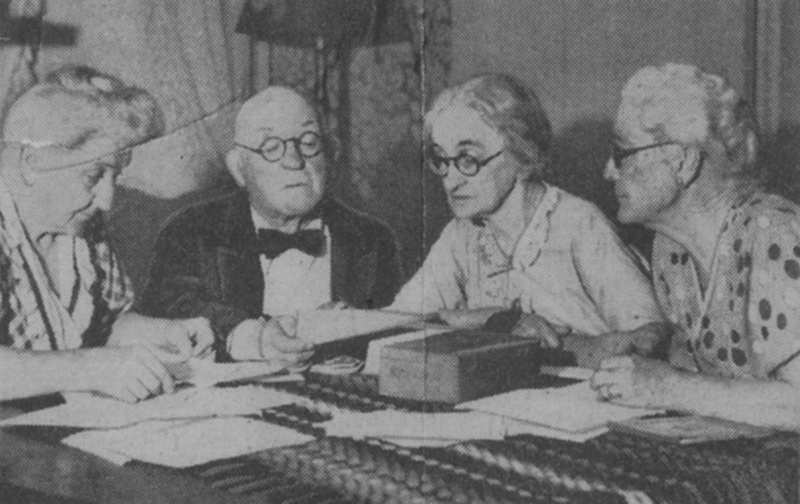 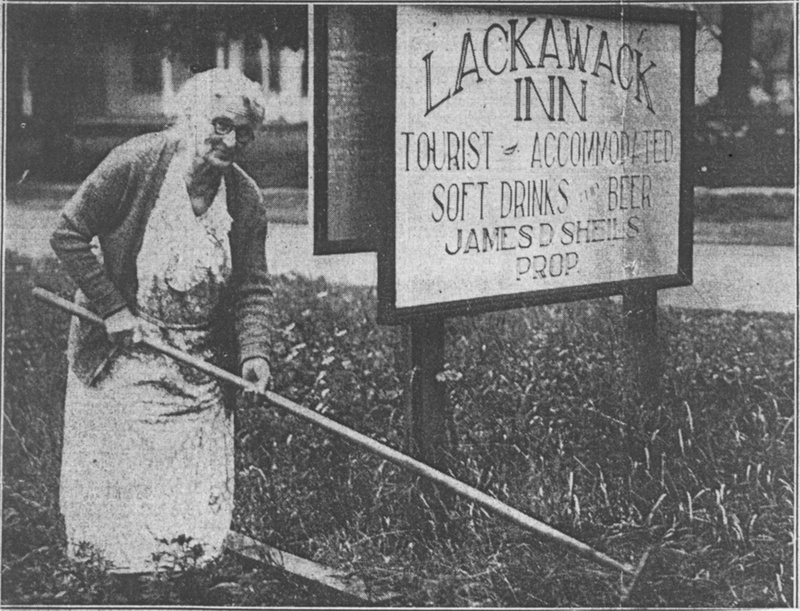 John Sheils was the original proprietor of the Sheils Hotel, also known as the Lackawack House. He and brother Thomas had come from Ireland in the early 19th century. Thomas was an alderman in Brooklyn, but he owned property in Montela and operated a horse farm there. He would train his famous horses at the Grand View Farm racetrack, then race them at the Harlem River Speedway. After John passed away in 1901, his son James D. Sheils took over the business, assisted by his sisters. Uncle Thomas continued to bring his Tammany Hall associates to be wined and dined at the Lackawack House. It became known as the "Summer Tammany Hall."

Interviewed by the New York World Telegram in 1938 at his new residence on Hermance Street in Ellenville (seated in the photo), James Sheils reminisces about the old days at Lackawack House. The hotel was known from Baltimore to Boston for its lavish fare and opulent accomodations. At a gala grand opening in 1899 celebrating the hotel expansion, the meal was "on the house," but drinks had to be paid for. The band played dinner music, followed by dance music through the night. "They were still dancing when the roosters on the farms nearby started crowing," recalled Sheils.

There were several "morning after" drinks served at Lackawack House to help with guests' hangovers. One popular drink was called the "Jimmy D" after Sheils himself:

Juice of one orange, juice of one lime, twist of lemon peel, dash of Angostura, sugar to taste, jigger of brandy, jigger of New England rum. "You must shake this well with cracked ice and serve it in an eight-ounce glass," said Jim. "Serve it with a sprig of mint, but don't crush the mint. Let the ice draw the flavor out slowly." 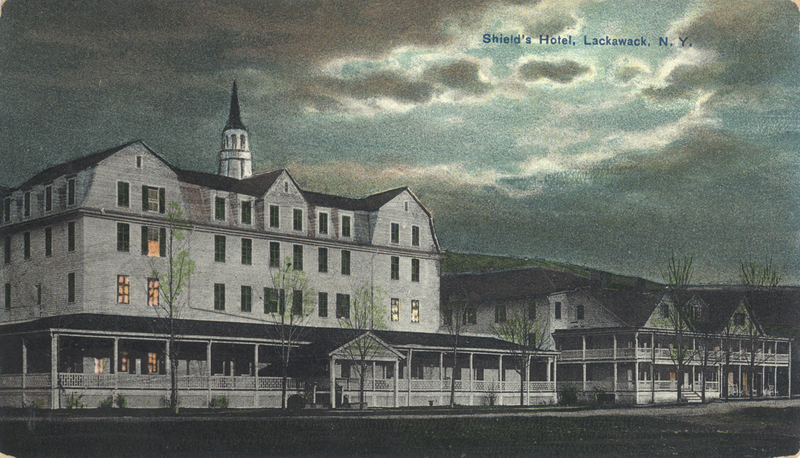 John Sheils came to Lackawack in 1856 and purchased a modest boarding house which could seat only 20 in its dining room. In the 1885 issue of Summer Homes, a publication by the New York, Ontario & Western Railway, the hotel was listed as accomodating 25 people. However, by 1901 the publication stated that the "Lackawack House", proprietor James D. Sheils son of John Sheils, could accomodate 250 guests and boasted a bowling alley, pool & billiards, hot & cold running water on all floors and electric lights, among many other features. This postcard shows the hotel in its prime, before burning down in 1917. 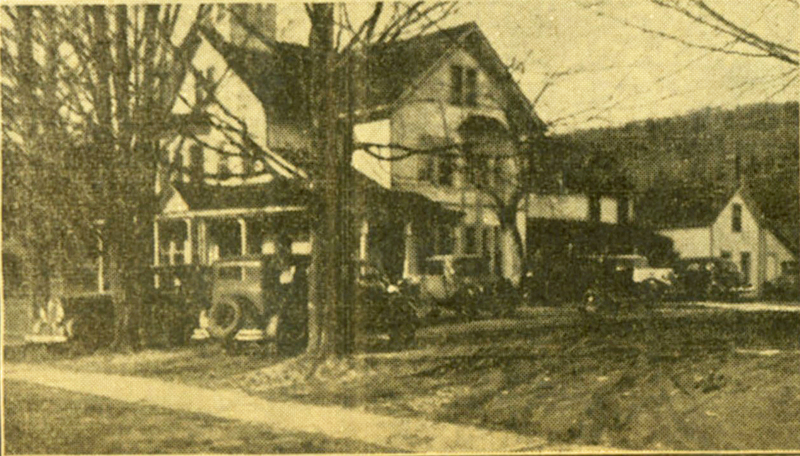 After the fire of 1917 claimed the grand Lackawack House, a more modest hotel was built in its place. This photo shows the Sheils' Hotel as headquarters for engineers working on the Merriman Dam construction project in 1937 prior to its demolition to make way for the reservoir. 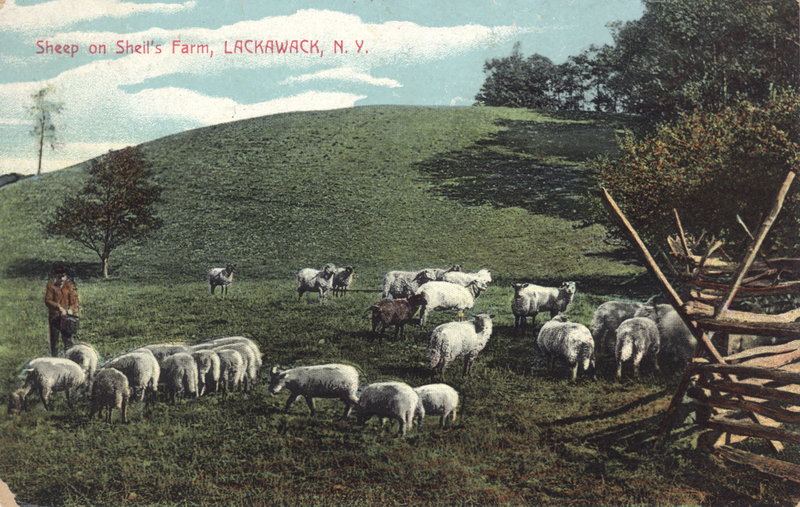 Among the first to be physically ousted from their homes were members of the Sheils family. Early test boring and dam construction in Lackawack took place in the area including "Sheils' Hill."