During the event, Kroening and his fellow Council Member Martin Welch presented HHS with a flag from the Mohican Nation, Stockbridge-Munsee Band. At the end of the program, Kroening, Welch, and Hartley joined HHS Board President Mary Etta Schneider to witness the raising of the Mohican Nation flag alongside the U.S., French, and Dutch flags displayed at the entrance to HHS's National Historic Landmark District. 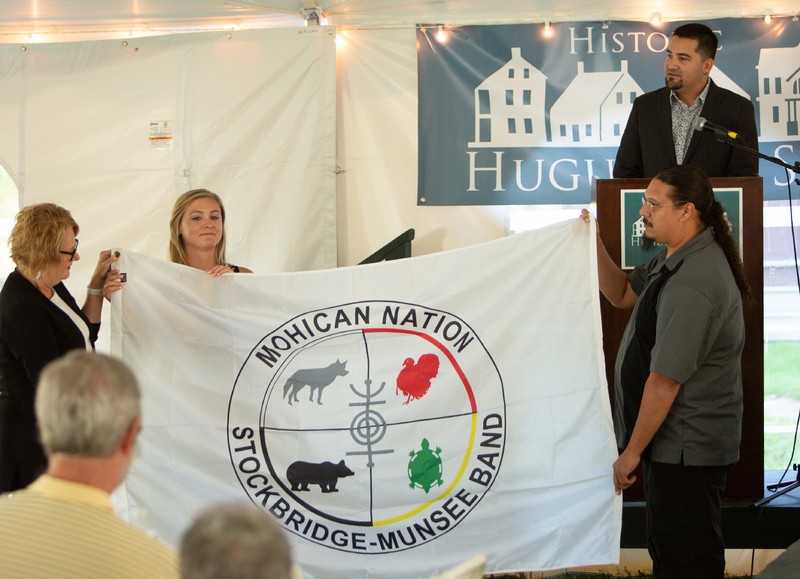 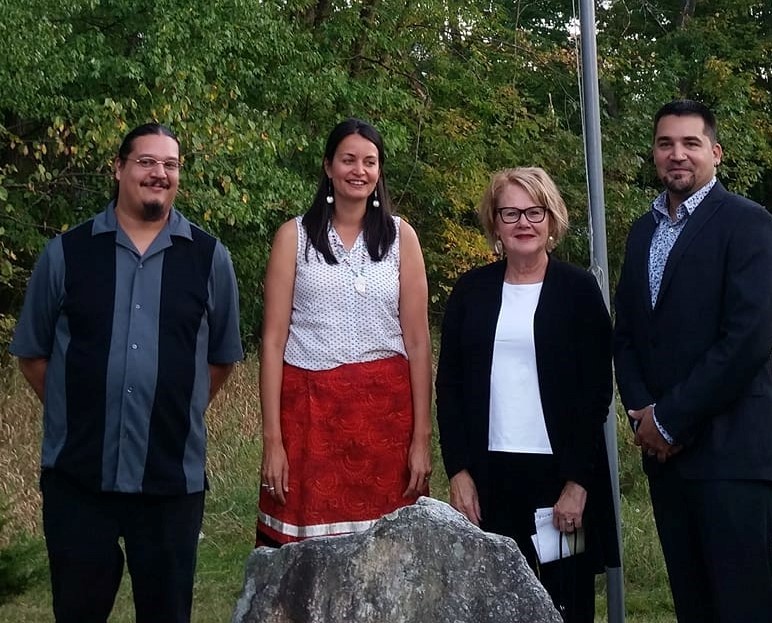