The NYC Acqueduct Builders and the Church 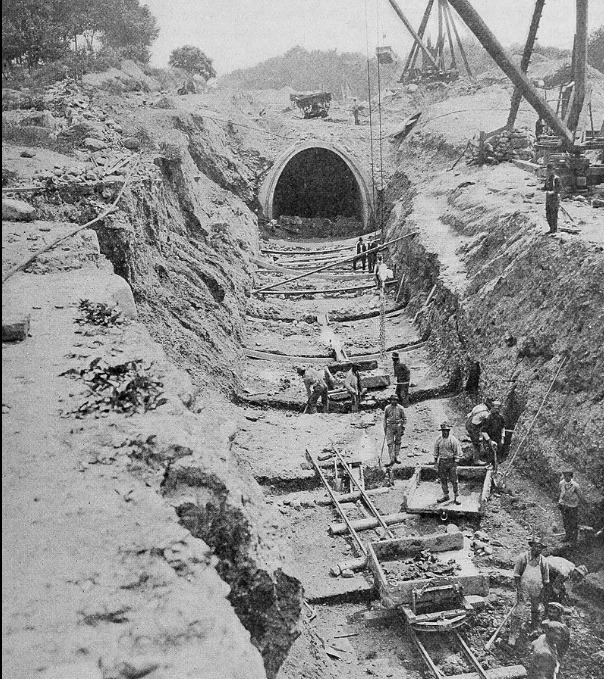 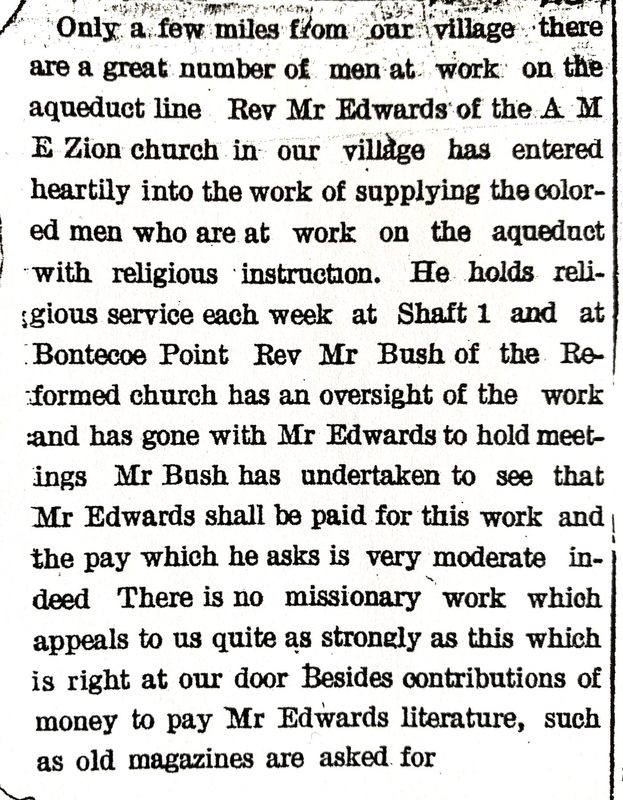 The Catskill Aqueduct is a 92-mile long conduit that carries drinking water from Ashokan Reservoir in Ulster County to the Hillview Reservoir in Yonkers. The aqueduct conveys about 40% of NYC’s drinking water on an average day. In 1905, the State Legislature established the Board of Water Supply which identified the Catskill region as an additional water source. The Aqueduct was built between the years 1907-1915. Water from the Catskill Aqueduct first reached all five boroughs of the city in 1917. The majority of the aqueduct, about 55 miles of it, was built above ground using the “cut-and-cover” method that involved excavating a trench and building the aqueduct at the surface. The remainder of the aqueduct includes grade tunnels that cut through mountains and pressure tunnels that plunge below creeks and rivers before coming back to the surface. The portion of the Catskill Aqueduct that runs 1,114 feet beneath the Hudson River is the deepest part of New York City’s entire water supply.

The building of the Catskill Aqueduct in New Paltz brought a large number of workers to the village. According to newspaper clippings from the time of construction, the New Paltz AME Zion Church provided these workers with religious instruction. Reverend Mr. Edwards held religious services each week at Shaft 1. According to the 1910 Federal Census, 91 men of color, including ten who brought their wives, with five of those ten also bringing their children. This brings the total to 108 men, women and children involved with the building of the aqueduct. Most of the men came up from Virginia, although many travelled from North and South Carolina, Tennessee, Illinois, Washington, DC., Pennsylvania and Maryland in search of work.

The following information was taken from the 1910 Federal Census, New Paltz, N.Y.: