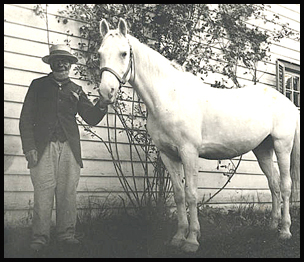 John, eventually taking on the last name of Wynkoop, was born after 1799, after which an African-American born to a slave would have to serve a 21 year indenture to his or her mother's master, in this case Derek Wynkoop, the largest slave holder in New Paltz. John was born June 27th, 1827, just seven days short of July 4th, the day all slaves in New York were freed. According to the NYS Gradual Manumission Law, John could have been held in servitude until 1848, although there is not enough in the historical record to make such a supposition. John's brother, Jacob (1831-1912), enlisted in the NY 20th Colored Regiment during the Civil War, and was eventually stationed in Louisiana and fought at the Battle of Port Hudson.

View all items about John Wynkoop.